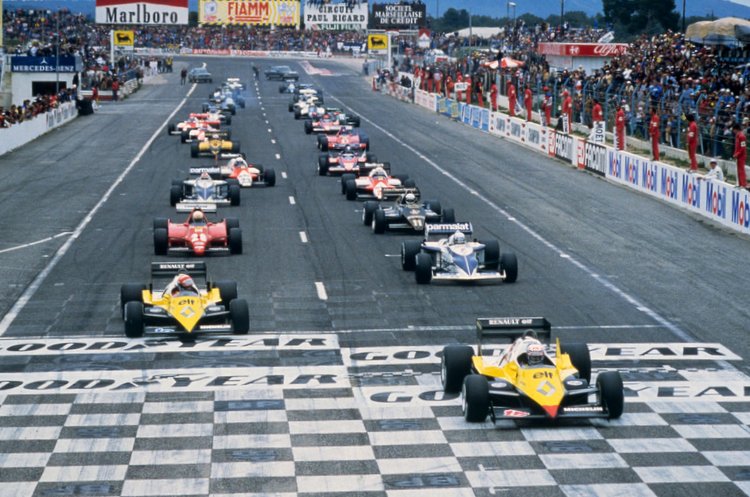 French Formula 1 drivers have hailed the return of their home grand prix in 2018, ending a ten year absence in a country that has a rich legacy at the pinnacle of the sport. Announcement report here>>>

F1i legend Alain Prost told F1i, “This is a huge project, and great news for French motorsports, for the French automotive industry as well as tourism in the region. I naturally plan on attending the event and hope it will be a great popular success.”

Four times F1 World Champion Prost, was the last driver to have won at Paul Ricard when he won the 1990 French Grand Prix.

Former Ferrari driver and fan favourite Jean Alesi said, “Seeing the French Grand Prix return to Paul Ricard is the best racing news I have heard in a long time, I am thrilled as it brings back a lot of great memories. I’ll come along with all my friends to experience it as fan. Congratulations to Circuit Paul Ricard and long live the French GP!”

His contemporary Olivier Panis, the last Frenchman to win a grand prix in 1996, said, “Many congratulations to the whole team that has been working on bringing the French GP back at Circuit Paul Ricard. I am proud and happy. I have experienced it from the inside during my career and it’s quite special. We’ll be supporting the organisers to make sure the event is successful.”

Romain Grosjean, one of two Frenchman currently on the F1 grid, was thrilled by the news, “I am sorry I could not be there for the announcement of this great news. You can easily imagine how emotional it will be for us French drivers to race in front of our fans.”

“I have talked about it with others and to be honest I have had some doubts over the recent years and then all of sudden, thanks to many people pulling together, the return of French GP has materialised. It’s quite exceptional. Circuit Paul Ricard is a unique venue and I look forward to being there in 2018 and trying to win my first French GP!” added Grosjaen.

Newly crowned GP2 Series champion Pierre Gasly, who attended the press conference, said, “The wait has been long but now it’s over. A lot of fans in France have been waiting for it and it’s just incredible.

“I’ll do my best to be there, behind the wheel of an F1 car. That would be unbelievable to experience these very special moments,” added the Red Bull junior driver.

Soon to be Force India driver, Esteban Ocon wrote on Twitter, “Very happy to see the French Grand Prix back to the F1 calendar. Can’t wait to race at Circuit Paul Ricard in front of the French fans.”