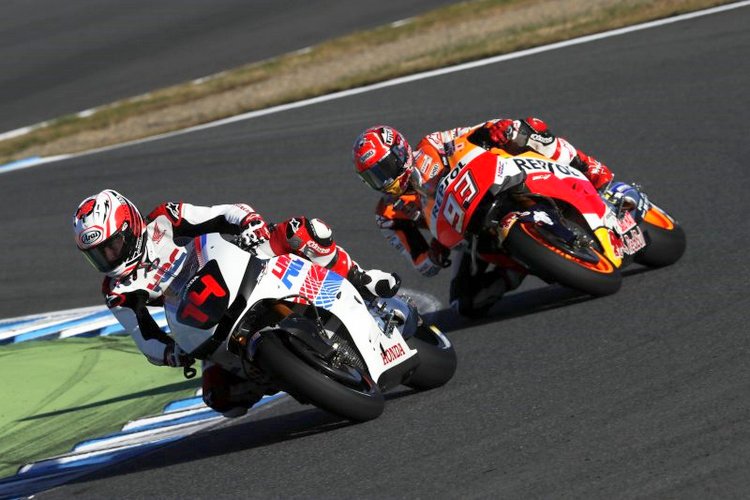 Watched by around 20,000 fans, Marquez and Pedrosa started off by riding the CBR250 Dream Cup machines. Pedrosa then took to the track on the RS125R he used to win the 2003 125cc World Championship, while Marquez rode a historic Honda RC142.

The Repsol Honda men also sampled the CR-Z 1.5 Sport Hybrids before climbing aboard their RC213V MotoGP machines for another run.

While Alonso took a ride on the MotoGP bike, sporting a special HRC livery, Pedrosa and Button drove Honda NSX Concept-GT cars. Alonso made his ‘MotoGP debut’ on an RCV at last year’s event.