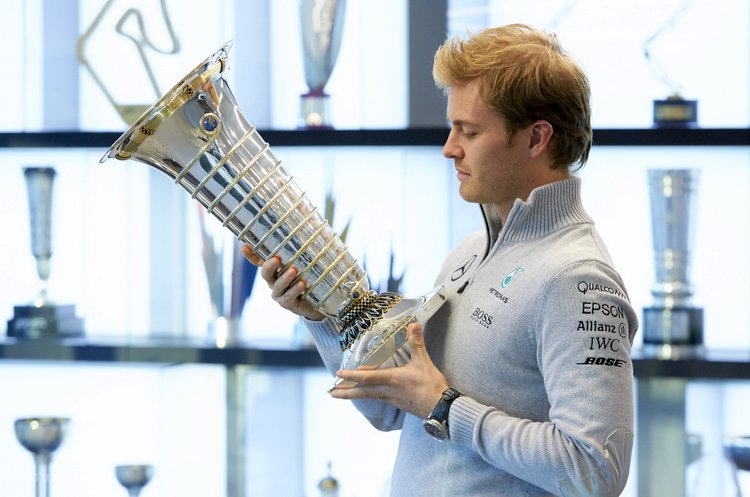 Nico Rosberg stunned Formula One on Friday by announcing his retirement, only days after he had won the world championship with Mercedes at the season-ending Abu Dhabi Grand Prix.

The following details the reaction of those within the Formula 1 world (and beyond) to his surprising decision:

Mercedes team boss Toto Wolff: “This is a brave decision by Nico and testament to the strength of his character,” Wolff said in a team statement. “He has chosen to leave at the pinnacle of his career, as world champion, having achieved his childhood dream. The clarity of his judgement meant I accepted his decision straight away when he told me.”

Team mate Lewis Hamilton: “This is the first time he’s won (a title) in 18 years, hence why it was not a surprise that he decided to stop,” the triple world champion told reporters ahead of the governing FIA’s gala prize-giving in Vienna. He’s also got a family to focus on, and wants more children, and Formula One takes so much of your time. Will I miss the rivalry? Of course.”

FIA president Jean Todt: “I was privileged to receive a call from Toto Wolff this morning informing me of Nico’s decision. I was very surprised, as I’m sure everyone is, but Nico has demonstrated across the year that he is extremely brave.

“I think he did five or six of the hardest laps of his life in the final race of the championship but the consequence is that he made it.”

Former racer and Sky Sports F1 commentator Martin Brundle: “I find it absolutely extraordinary, a big surprise…it’s obviously a personal decision and it’s bad for Formula One because we haven’t got a world champion through the winter and next season.”

Olympic champion sprinter Usain Bolt: “I can’t really understand it but everybody has their reasons, I guess he felt like he’s got what he wanted. When you get where you want to be, if you accomplish your goal, I guess there’s no reason to keep going.”

Niki Lauda: “Finding a replacement for Rosberg is a real problem. Our driver pairing was the best we could have. We knew what we had with Lewis and Nico.”

Bernie Ecclestone: “He needs more time to spend his money, that’s all.”

Nico Hülkenberg: “Respect, @nico_rosberg! Hope you will enjoy your time at the barbecue.”

Esteban Ocon: “There is no better way to retire than on the top🏆You will be truly missed in the Paddock! See you soon Nico!”

Felipe Massa: “Congratulations my brother @nico_rosberg for this incredible career that you had!! Champion!”

Nigel Mansell: “Nico what a brave very brave decision, he has some very powerful reasons I am sure. Brilliant World Champion.Very interesting for Merc now.”

Johnny Herbert: “Wow @nico_rosberg retiring as a World Champion..actually what a great way to end a great career. Enjoy your family time.”

Alex Wurz: “I have the greatest respect of @F1 #worldchampion @nico_rosberg.”

Carlos Sainz: “Boom! Nico you really surprised us there… Great champion, well deserved time off with your family and enjoy your success.”

Pascal Wehrlein: “Big respect @nico_rosberg! Wish you all the best for your future!
Thank you for all your advices!”

Karun Chandhok: “Extraordinary news from @nico_rosberg… Come on Toto! Do a deal with Mclaren and get Fernando back – now that will be entertaining!!”

Max Chilton: “I just broke the shock news of @nico_rosberg retirement from F1 on @5liveSport. I am blown away but I have nothing but praise for him.”

Pedro de la Rosa: “Did anyone see that one coming? Not me! All the best for @nico_rosberg on his new life after F1. What a great career he leaves behind.”