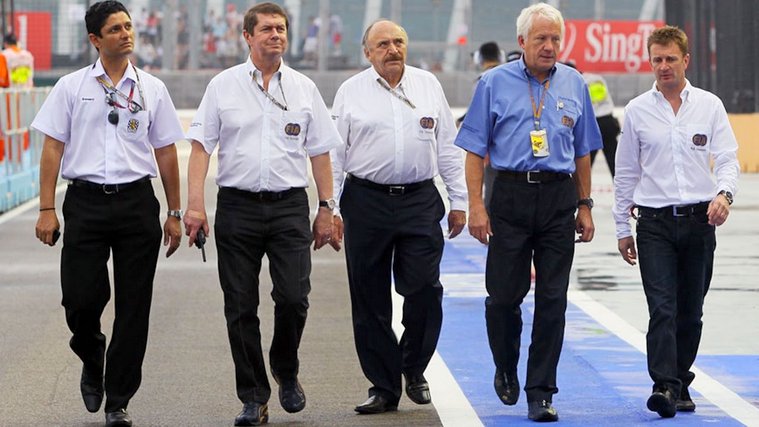 FIA Formula One’s race stewards met in Vienna earlier this week to look back on an exciting season of grand prix racing and to further discuss a number of the year’s talking points.

And according to the Stewards’ Chairman Garry Connelly consistency of decision-making formed a significant part of the meeting.

“We went through a lot of rules and looked at how we can work with the FIA to tidy up the wording, enabling us to take quicker decisions,” he said. “We talked a lot about how we can achieve better consistency. We think that more meetings and more reviews of past decisions are necessary, so that we all understand how each panel of stewards is treating a particular situation, especially where it’s necessary for the stewards to make a subjective ruling, on a dangerous driving charge for example. That is quite a subjective issue.

“These are obviously decisions that are made collectively but understanding how those decision can be made more consistent is valuable.”

The stewards considered the implementation of additional review systems as a mechanism for improving consistency.

“We looked at a system that the DMSB uses to review races. The stewards get together by video link to look back at incidents and discuss the decisions made,” said Connelly. “We thought that might be good thing to do every three or four races.”

Also on the agenda was the issue of exceeding track limits, which Connelly said is often best addressed through circuit modification.

“There are now probably only 11 or 12 corners across the whole championship where there is the potential for cutting corners in a very obvious way,” he said. “There are solutions that can be adopted to sort those issues out, such as the solution that has been adopted for Turn One in Monza, where if you do go off there is a natural penalty in that it takes you longer to rejoin than if you had used the circuit. That makes it a lot easier for the stewards as the penalty is applied on track.

“The point we also made is that the rules say a driver can rejoin the track as long as you do it safely and gain no lasting advantage,” he added. “The word lasting is again very subjective. Does it mean lasting for 500m, until the next turn, the next few laps or the whole race? That subjectivity is removed if the circuit is modified or designed to immediately disadvantage a driver if he does go off track.”

Commenting on the season as a whole, Connelly concluded: “It’s not an easy role but it’s one that does have the potential for subjectivity. It’s not like tennis where the ball is either in or out. It is sometimes a judgement call. But it is not just one person’s judgement. It is a collective decision and we try to achieve unanimity and we try to achieve consistency. I think we are getting better but we can always improve and we will keep trying to do so to the best of our ability.”