Ecclestone: Nico quitting is a big shock to me 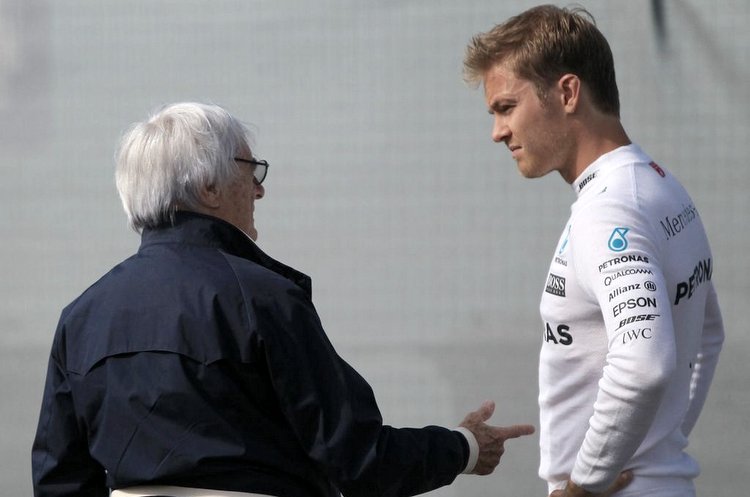 “It was just as big a shock to me as you,” he told Reuters by telephone after Rosberg dropped the bombshell days after securing his first championship in at the Abu Dhabi season-ender.

“I had dinner with (Mercedes team boss) Toto (Wolff) last night and he obviously couldn’t say anything to me (about it).”

While making light of the German driver’s decision – “He needs more time to spend his money, that’s all.”

As for who would fill F1’s most coveted seat, Ecclestone said he would like to see Spaniard Fernando Alonso replace Rosberg alongside Lewis Hamilton.

The double world champion is contracted to McLaren for next season, although given that team’s poor performances in recent seasons he could well be scanning his contract for escape clauses.

McLaren are going through change, with Ron Dennis – who twice signed Alonso to the team – ousted last month as chairman and chief executive while American Zak Brown coming in as executive director.

“It’s possible I suppose, let’s see. They’ve got new management now at McLaren. Maybe he’s fed up being there and they’re fed up having him,” Ecclestone said.

Alonso was previously Hamilton’s team mate at McLaren in the Briton’s stellar 2007 debut season, when they both finished a point behind Ferrari’s champion Kimi Raikkonen.

The 86-year-old supremo suggested Red Bull’s 19-year-old Dutch sensation Max Verstappen would be “the obvious answer” to the question of who should replace Rosberg but that was not going to happen.

Ferrari’s Sebastian Vettel, four-times world champion, was also unlikely to be lured away.

“I think not. I don’t think Seb would want to be with Lewis,” said Ecclestone.

British bookmakers began immediately recalculating their odds for next season, with Mercedes reserve driver Pascal Wehrlein the favourite to join Hamilton at the dominant champions.

William Hill had Wehrlein, who scored a point for lowly Manor this year, at 3-1 with Alonso and Vettel both joint second favourites at 5-1.

Britain’s Jenson Button, meanwhile, was 10-1 to call off his retirement.

“Lewis is now the red hot favourite (for the title) but with his competitive nature I am sure he will be gutted not to be going head-to-head next year,” William Hill spokesman Rupert Adams said.