Jenson Button: I would have loved to drive for Ferrari 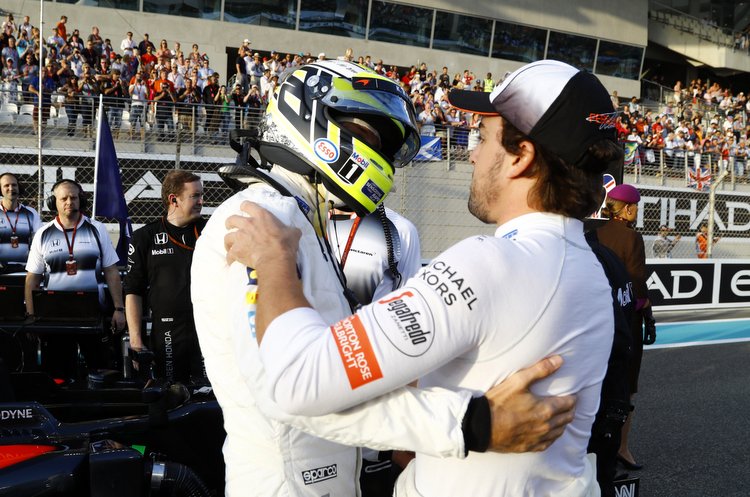 Jenson Button has admitted that he would have loved to race for Ferrari during his long career at the pinnacle of the sport, revealing that there was a chance drive for the iconic Italian team.

In an interview with Top Gear, “If it was the right situation, yeah of course, I would have loved to drive for Ferrari. Three teams that I wanted to drive for in F1 when I arrived, and they were Williams, Ferrari and McLaren, and I’ve driven for two of them. There was an opportunity at one point, but I thought this was the best place to be, and that was with Stefano as well.”

The 2009 Formula 1 World Champion also revealed that French F1 great Alain Prost was his inspiration, “I loved Alain Prost as a driver, he was my hero, but I was obviously very young when I watched him race. My inspiration was definitely Michael [Schumacher]. Actually being on the grid with him in 2000 was pretty awesome.”

As for the toughest competitors he came across in his 16 year career, he said, “You always look at your teammate. In qualifying, it’s probably Lewis. In a race situation, Fernando is the most difficult to beat… if you have a great race, Fernando is right on your ass, and you don’t know how he’s still there. And if he has a great race, he’s in front of you. It’s like he’s always there, you can’t get rid of him.”

Although Button is officially on a ‘sabbatical’ year in 2017, he accepted that the Abu Dhabi Grand Prix may well be his last. If that is the case, he leaves the sport with a world championship title, 15 wins and 50 podiums in 305 starts.