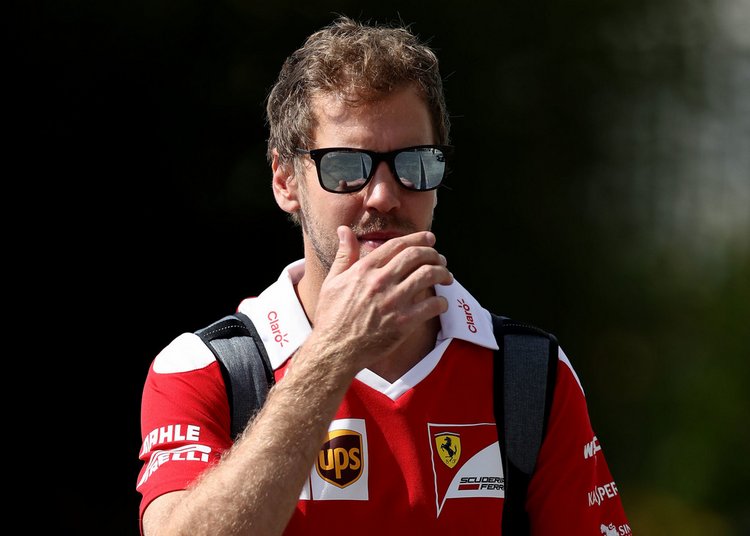 It has emerged in German media that Sebastian Vettel’s Abu Dhabi Grand Prix weekend got off to an uncomfortable start as the Ferrari driver was held by track security and local police, after an unpleasant confrontation ahead of the race weekend.

Vettel arrived at Yas Marina Circuit on Thursday, he was put through the intense security measures that prevail at the entrance of the venue and when told his back pack needed searching Vettel requested that the official wear gloves.

Reports differ regarding what transpired form the point onward. One suggests that things got heated when Vettel lost his cool and pushed the official, others claim he only prevented the official from searching his backpack without gloves. Whatever the case the officials took offence.

As a result he was detained for an hour by the security detail, before he was allowed to make his way to the Ferrari villa in the paddock.

It has also emerged that Formula One Management (FOM) employees also faced problems with security officials. However, they were less fortunate than Vettel as they were held for a number of hours and prevented from taking up their posts.

They were accused of having offended the security staff with foul language which is a jail-able offence in the United Arab Emirates.

In an internal mail from FOM to the teams, recipients were advised to deal more cautiously with the local authorities during the course of the weekend.

Article 374 of the UAE’s Penal Code states: “Punishment by detention for a period not exceeding six months or by a fine not exceeding 5,000 Dirhams ($1,300) shall apply if slander or abuse is transmitted by telephone, or face to face with the victim and in the presence of a third party.”

UAE residents, particularly, expats are wary of local security officials and police who are notoriously short fused and not tempered by internationally accepted policing protocols.