Ricciardo: I am the peasants’ world champion! 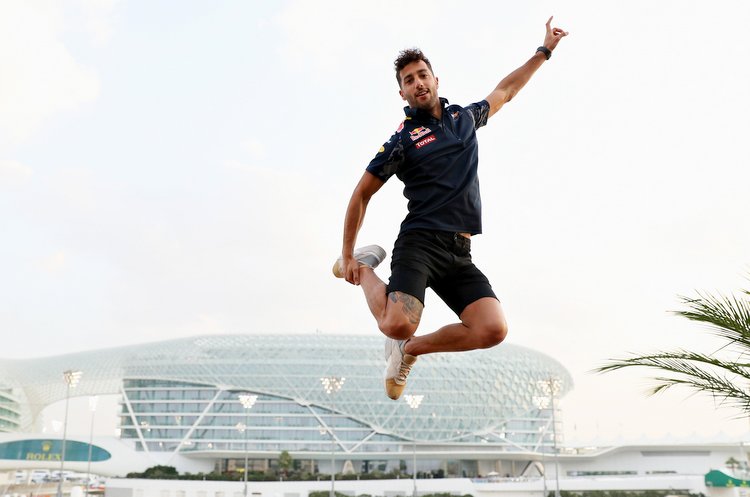 Daniel Ricciardo finished third in the 2016 Formula 1 World Championship, which made him best of the rest behind the dominant Mercedes duo and the big smiling Aussie joked that he should get a special accolade for the achievement.

Ricciardo said during a post season interview, “There should be a separate title in this V6 era for ‘best of the rest’, I could be world champion of the rest … the peasants’ world champion!”

The Red Bull driver won the Malaysian Grand Prix, while strategy errors cost him possible victories in Spain and Monaco. Nevertheless he, along with teammate Max Verstappen, gave it their best shot at unsettling the Silver Arrows and make them graft that bit harder.

Ricciardo reflected, “If I didn’t have a victory, like if Malaysia didn’t happen, then I would look back and say sure, I should have maybe been a multiple race winner this year’. But because I got that victory I’m not going to say it could have been better, I could have had two or three.”

“I got the pole [in Monaco], which I hadn’t had before, and obviously got back on the top step so for me that’s awesome. And peasant’s champion, so it’s been solid.

“We expected to be fighting in the midfield in the first handful of races this year and we came out with some fourths. Then what was probably going to be a second in China, that was the third race of the year, we had the puncture and whatever but it was looking really good. We were like, alright, and it sort of got better so that was really cool.

“The win in Malaysia was epic, the pole in Monaco was in a way my highlight. I obviously didn’t tell people but I put a lot of pressure on myself to go there that weekend and execute it. I really believed I could, so for me to do that lap was kind of a relief because I did put a bit of pressure on myself. So that was cool,” recollected Ricciardo who ended the season with eight podiums and 256 points.