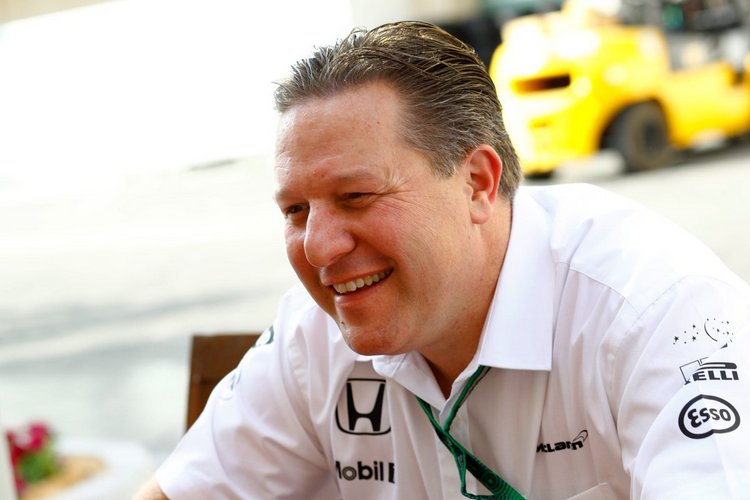 Amid a civil war brewing within the Mercedes camp in the aftermath of a thrilling title deciding Abu Dhabi Grand Prix, newly appointed McLaren boss Zak Brown has indicated that Lewis Hamilton returning to Woking could happen.

Speaking to Sky Sports, Brown said, “I will move heaven and earth to have the best two race-car drivers in our car. Right now, we have them and Stoffel is going to be outstanding.”

And added, “Lewis is an awesome driver who has a great history here and I certainly wouldn’t rule anything out. But right now, I’m happy with what we have.”

For 2017 McLaren have Stoffel Vandoorne, replacing Jenson Button who has retired from F1, and moves into the driving seat alongside Fernando Alonso in the sport’s second most successful team.

In a separate interview with Sky F1, Brown affirmed, “You can’t rule out anything for 2019, 2020. We will see what our current drivers want to do.”

Hamilton is in hot water with his team after ignoring team instructions to pick up the pace in the final stages of the race in Abu Dhabi. Instead he continued to back title rival and teammate Nico Rosberg into the path of chasing Sebastian Vettel and Max Verstappen.

Despite Rosberg accepting and even praising Hamilton’s “perfect” tactics, Mercedes team chief Toto Wolff has hinted at some sort of sanction for what he has called “anarchy” by the three times world champion.

Hamilton was a McLaren protege for much of his junior racing career. He made his grand prix debut with the team and won his first of three F1 world titles with the team in 2008.