Hamilton: Nico must enjoy it because I will take it back next year 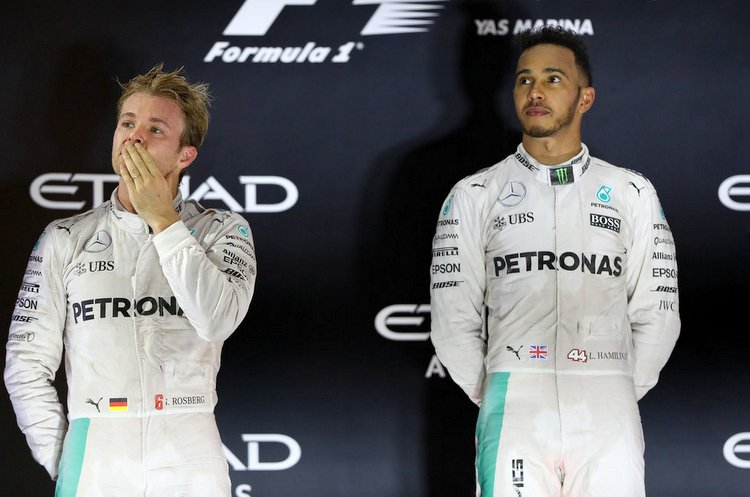 Lewis Hamilton has not taken long to accept that he is no longer Formula 1 World Champion, instead it is his childhood rival and Mercedes teammate who will carry the number one plate in 2017, but the Briton has advised the sport’s 33rd World Champion to enjoy the accolade while he can.

Speaking to The Sun, Hamilton acknowledged, “It is going to be amazing for Nico over the the next few days and he will celebrate. Having the number one on his car will be a great feeling for him.”

But warned, “He has to enjoy it while it lasts because I am going to work hard in my winter and take it right back next season.”

Looking back on his season, in which he won ten races – more than anyone else – Hamilton said, “The odds were stacked against us this year and it was a long season to end up with the pace and speed in the car but not end up with the result you wanted. It is definitely tough.”

“Congratulations to Nico, he did everything he had to do. It was not his fault he had pretty much perfect reliability. He did what he was meant to but I will just say to him, I am going to fight hard next year to take it back.”

As for the controversial backing-up tickets that have divided opinions in the Formula 1 world, Hamilton explained, “I did not know what to do at the beginning of the race. I got in the lead and that was not the kind of race I like to have because I could just drive forwards and pull away but then I would allow the guy to cruise in behind me.”

“But in the last stint, I just tried to help myself because I was not getting any help anywhere else. I did not put Nico in harm’s way. I did not cause the team any damage and everyone should be happy with a one-two. I did everything within fair reason,” concluded Hamilton.