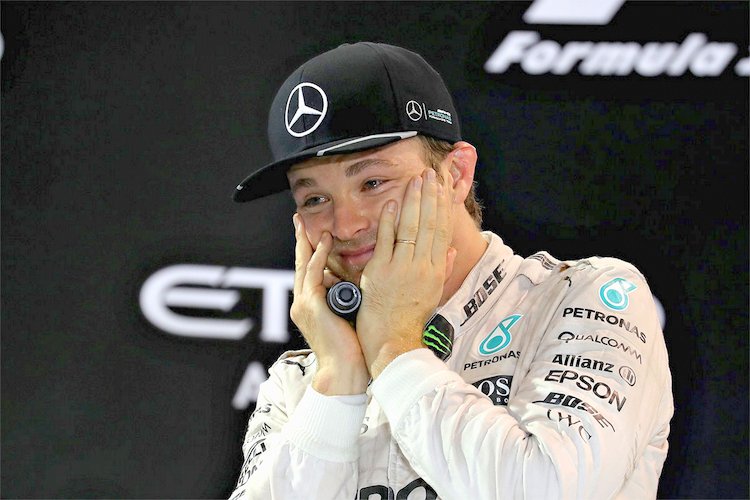 The strain of fighting against Lewis Hamilton for the past three years will have sapped the strength of Formula One champion Nico Rosberg.

That verdict comes from a man who knows Rosberg better than most — his father Keke Rosberg, the 1982 F1 champion.

“He has a lot of seasons behind him and I’m sure that, especially, the last three seasons have taken a high toll,” Keke Rosberg said in the F1 paddock at Abu Dhabi where his son clinched his first title on Sunday after being runner-up to Hamilton in the previous two years.

“They’ve been very hard seasons, because you’re fighting for the championship for three years in a row, constantly,” Keke Rosberg said. “It’s much tougher than trying to finish sixth. I don’t know how much it’s taken out of him.”

Asked what he thinks his son will do next, the 67-year-old Keke Rosberg joked “maybe he retires tomorrow.”

Actually, he expects his son to continue for a few more years yet, “There’s quite a lot of mileage left in him.”

Next season promises to be an intense battle as Rosberg defends his title and Hamilton tries to wrest it back. Furthermore, the 19-year-old Red Bull driver Max Verstappen will be pushing them hard, as will four-time F1 champion Sebastian Vettel — whose Ferrari team ended the season without a race win.

“If you don’t raise your game, you freeze … You have a lot of talented people here who put in a big effort,” Keke Rosberg said as he stood outside the Mercedes motorhome.

“The level is always high in Formula One. Look at Max, he is the teammate of (Daniel) Ricciardo. Or Sebastian, he is the teammate of (Kimi) Raikkonen,” he continued. “On that level, when you take the top three teams, all of them have been world champions already, or at Red Bull they’re all young talents. That’s the level we have.”

The hallmark of Rosberg’s title-winning campaign was a steely resolve under Hamilton’s pressure, allied to high levels of consistency.

“You never have a 100 percent season. You’re not going to win all the races. It’s a bit like golf,” Keke Rosberg said. “When you hit the ball behind the tree, you have to recover from there. So even on a bad day, a golf pro plays a bad shot and recovers. That’s the difference. It’s the performance on a bad day, those points count.”

He was partly speaking from his own experience, having won the 1982 title despite winning only one of the 15 races that season.

Seeing his son win the title as the sun was setting in Abu Dhabi on Sunday evening was a strange feeling for Keke Rosberg.

“After the last two laps I was quite relieved, to be honest,” Keke Rosberg said. “I was a little bit nervous.”

Father and son were different kinds of drivers in different eras.

Rosberg Sr. was a dashing driver who loved to bash his car around the track in an occasionally reckless manner, while Rosberg Jr. is far more meticulous and methodical. But the mutual admiration shines through.

“For me it’s the story of father and a son, purely. I could have been a dentist, makes no difference,” Keke Rosberg said. “I’m happy for my son and that’s it. What I did is so long ago. It was a happy time, but it doesn’t carry you 30 years after.”

Keke Rosberg secured his title driving for the Williams team yet only won five races in his career, while 31-year-old Nico Rosberg already has 23 wins — albeit in an ultra-dominant Mercedes car.

“So his level of experience and knowledge of the sport is so much higher than mine was. Also engineering, they are so much deeper in there than we were, it’s like a completely different world. We knew we had four wheels and that’s it.”