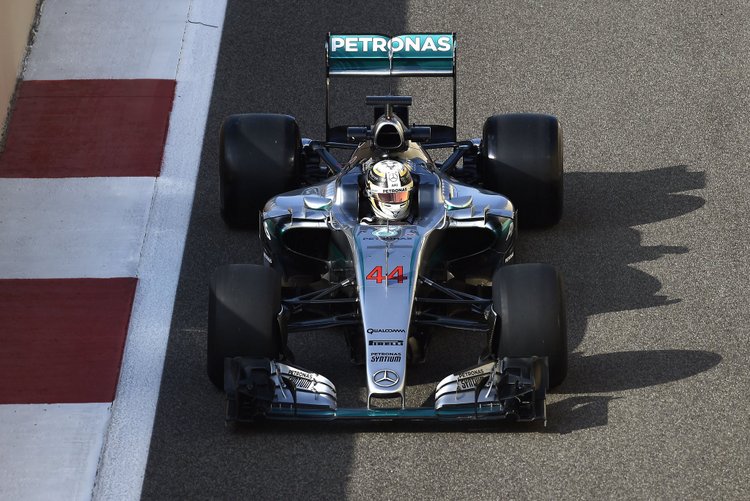 A couple of days after winning the Adu Dhabi Grand Prix, but losing the world title, Mercedes driver Lewis Hamilton was back in action at Yas Marina Circuit testing Pirelli’s 2017 tyres.

Hamilton was sampling the wider 2017-spec tyres, along with Red Bull’s Daniel Ricciardo and Max Verstappen, as well as Ferrari’s Kimi Raikkonen. Their respective ‘mule’ 2016 cars modified for increased downforce to mimic the 2017 aero package..

Pirelli indicated that Hamilton would be on morning duty, before Pascal Wehrlein takes over the W07 for the remainder of the one-day test in Abu Dhabi.