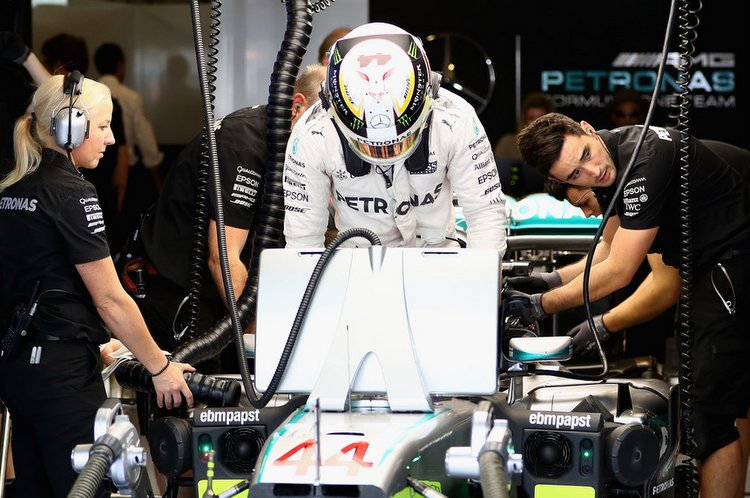 Triple Formula 1 world champion Lewis Hamilton pulled out of a Formula One tyre test in Abu Dhabi after a few laps on Tuesday because he felt unwell, his Mercedes team said.

The Briton lost his title to German team mate Nico Rosberg at the circuit on Sunday in a race that left Hamilton embroiled in controversy over his driving tactics and defiance of direct team orders to speed up.

Mercedes said he completed some early runs using the wider 2017 Pirelli tyres before handing over to German reserve driver Pascal Wehrlein for the remainder of the session at Yas Marina.

The Briton, who won Sunday’s race at a deliberately slow pace in a bid to back the second-placed Rosberg into the chasing pack, had been due to test all day.

“Pascal was on standby. Lewis felt unwell so Pascal took over,” a team spokesman said.

Rosberg was in Malaysia with team boss Toto Wolff, who is still assessing his response to Hamilton’s actions on Sunday, for an event organised by sponsors Petronas.

It was the second time in just over a month that Hamilton had pulled out of a tyre test for medical reasons in the immediate aftermath of controversy.

In October, after a Japanese Grand Prix during which he snubbed the media following criticism for playing around with Snapchat during a news conference, he was ruled out of a test in Barcelona due to a sore foot.

That test came days after Mercedes had won the constructors’ championship, with Rosberg taking victory in the race at Suzuka.

That would prove to be Rosberg’s last victory of the season, with Hamilton winning the final four from pole position to take his tally to 10 for the season.