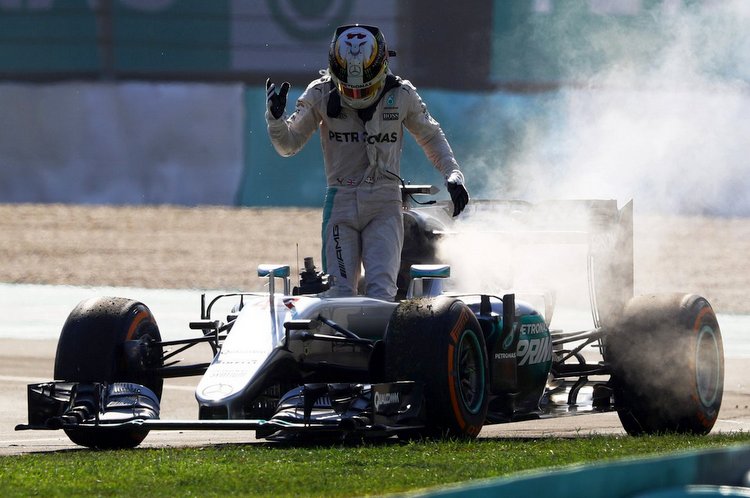 Mercedes team principal Toto Wolff admits that Lewis Hamilton’s DNF at the Malaysian Grand Prix cost him this year’s drivers’ championship, but at the same time feels Nico Rosberg deserves the title and does not want his achievement to be underestimated.

Hamilton was on course for victory at Sepang when his Mercedes power unit failed, gifting Red Bull a one-two finish, with Rosberg finishing third in that race. Hence the German gained 15 points thanks to his team-mate’s misfortune as opposed to losing out by 13 points had Hamilton won.

In the end Rosberg sealed the title by five points, had Hamilton triumphed in Malaysia the maths would have had it that he bagged his won his fourth world title, with the new world champion runner up yet again.

“I think you need to win and lose with dignity,” Wolff continued. “This is a mechanical sport and if they would sit on the floor on the starting grid they wouldn’t go far.”

“This team has built them the best car over the last three years has made them win races and championships, and this team has let the down on occasion, but less occasions than making them celebrate.”

When peppered with questions about Hamilton’s misfortune, Wolff pointed out that Rosberg’s achievement of “racing against the most talented driver and team-mate and winning a world championship, and making it close the years before” needed to be respected.

“It’s quite an achievement and I think we should honour it because he’s tough cookie and he doesn’t let go. There are some quite remarkable character traits about him that make him a champion and a worthy F1 world champion,” added the Mercedes team boss.