Wolff: Anarchy does not work in any team 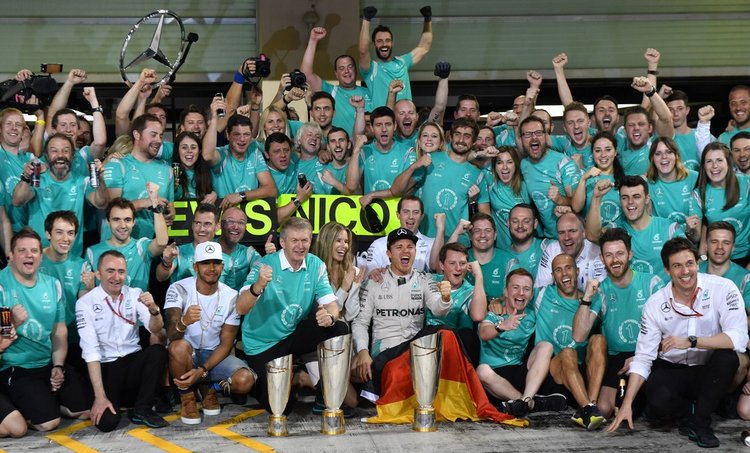 Mercedes bosses left open the possibility of disciplinary action against Lewis Hamilton after the Briton ignored their orders while fighting team mate Nico Rosberg for the Formula One championship on Sunday.

Mercedes boss Toto Wolff warned of possible ‘anarchy’ and said he had yet to decide how to respond to a situation that threatened to undermine the team.

Hamilton, who won the race in Abu Dhabi but lost his title to Rosberg, slowed the pace deliberately in a bid to back his team mate into a position where rivals could overtake the German, who needed to finish on the podium.

Ferrari’s Sebastian Vettel, a compatriot of Rosberg, described the tactics as ‘dirty tricks’.

Wolff would not go that far, at least openly, but he recognised Hamilton had ignored clear top-level instructions issued by technical head Paddy Lowe to speed up.

He added that while that could be understood in the circumstances, it was also a road that led to chaos.

“Undermining a structure in public means you are putting yourself before the team. It is very simple. Anarchy does not work in any team and in any company,” he said.

“The other half (of me) says it was his only chance of winning the championship… and maybe you cannot demand of a racing driver that is one of the best, if not the best, to comply in a situation where his instincts cannot make him.

“It is about finding a solution as to how to solve that in the future because a precedent has been set,” added the Austrian. “Let me sleep overnight and come up with a solution.”

Asked directly whether Hamilton, a triple world champion who has won 10 races for the team this season with 12 pole positions, could expect punishment, Wolff said “everything is possible.

“Maybe we want to give them more freedom. Or do (take) the more harsh side that we feel the values were not respected. I am not sure yet where my finger is going to point or the needle is going to go.

“You need to win and to lose with dignity,” he said.

Red Bull team boss Christian Horner, who has clashed with Wolff several times this season, said the criticism of Hamilton was unfair.

“It was only ever going to be that kind of battle between the two of them,” added Horner. “It was naïve to think there would be any different approach to this race with what’s at stake.”