Germany has a new F1 champion but grand prix in doubt 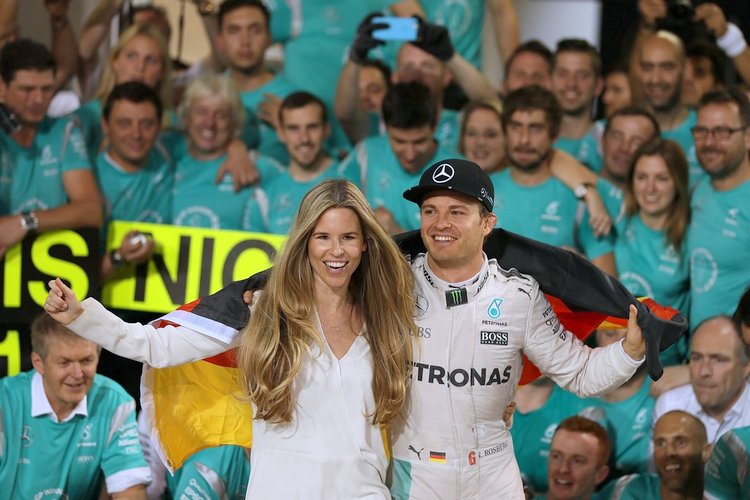 Germany has a new Formula 1 world champion in Nico Rosberg, after Michael Schumacher and Sebastian Vettel, but fans may not see him race on home soil next season.

The German Grand Prix, absent in 2015, is set to be struck off again in 2017 for financial reasons and Rosberg’s dominant Mercedes team say there is little they can do about it.

“Having a German Grand Prix is part of the history, and especially for us as Mercedes with our factories nearby and many fans in Germany. It is important to race in Germany.”

Wolff said Mercedes had offered financial and marketing support in the past but it was not taken up. There had been no such talks this time.

Hockenheim boss Georg Seiler told German media last week that the economic risks of his circuit hosting the event in successive years were too great. Only 57,000 fans attended on race Sunday this year.

Next July would have been the Nuerburgring’s turn under an alternation agreement that collapsed when that circuit changed owners.

Germany was listed on a provisional 21-race 2017 schedule with an asterisk but Formula One’s commercial supremo Bernie Ecclestone has indicated it will be dropped.

Asked why Germany had seemingly fallen out of love with the sport, despite Mercedes winning both drivers’ and constructors’ championships for three years running, Wolff — an Austrian — suggested various reasons.

“I have the theory, and its a personal view, that there is a bit of a hangover after all those years of dominance of Sebastian and Michael,” he told Reuters. “The Germans have won it all.”

“You can see that it’s coming in cycles, how there are other sports like the football team (reigning world champions) that is of great interest and it might change with different drivers, maybe with Nico winning a championship,” he added.

“It would be really great if we could re-ignite the passion of the German fans in the same way Michael was able to achieve it 20 years ago.”

The difference was that Schumacher, who won seven titles, was the first German champion and came from the same humble but hard-working background as many of the fans camping in the forests with their beer and barbecues.

Rosberg, son of a Finnish champion and brought up in Monaco where he became fluent in five languages, lacks that common touch while Ferrari’s Vettel lives an intensely private life in Switzerland.