DNF for Button in his last grand prix 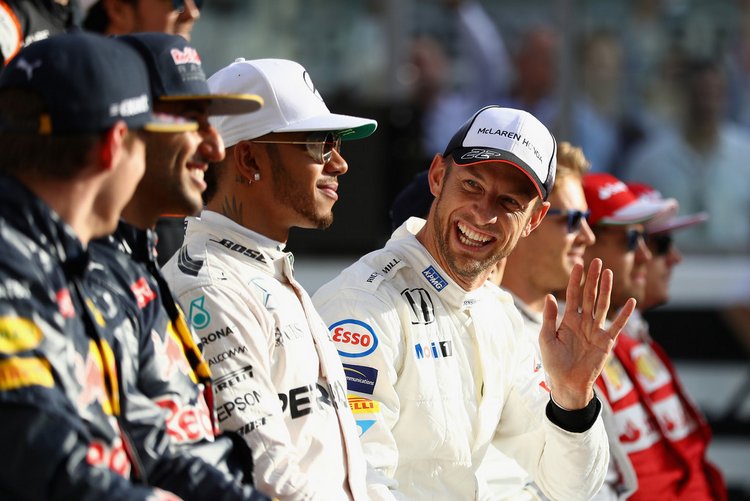 Jenson Button retired from his last Formula One race – the Abu Dhabi Grand Prix – with a wave to the fans and a standing ovation after the McLaren’s front right suspension failed.

“We have a failure, guys,” said the 2009 world champion, who said this week that the season-ending race at Yas Marina Circuit would be his last despite having a contract that would allow a return in 2018.

“I don’t think we’ve ever had a failure like this.”

The popular Briton got out of his car in the pitlane and stood on it to salute the crowd, who returned the gesture with a standing ovation of their own, before giving his mother Simone a hug.

The 12th lap retirement brought down the curtain on a career spanning 17 years and 305 races, and one championship with the Brawn GP team that became Mercedes.

“Forgetting the race — I’ve always said it’s one race weekend out of 305. The result doesn’t matter, it’s the weekend that counts and it’s just been awesome,” Button told the BBC.

“Very emotional… amazing day and an amazing weekend. I’ve really savoured every moment of it.”

He will be replaced at McLaren, whose most recent victory was provided by the 36-year-old in Brazil in 2012, by Belgian rookie Stoffel Vandoorne.

Button had started the day recognising it was a momentous one for him.

“Today is the day that I will be strapped into an F1 car for probably the last time,” he had said on his Instagram feed, promising to give it his all from the moment the lights went out to the chequered flag.

“Whatever happens today I will always know I reached my goal and dream in life to become a Formula One World Champion. I arrived with dreams and leave with memories.”