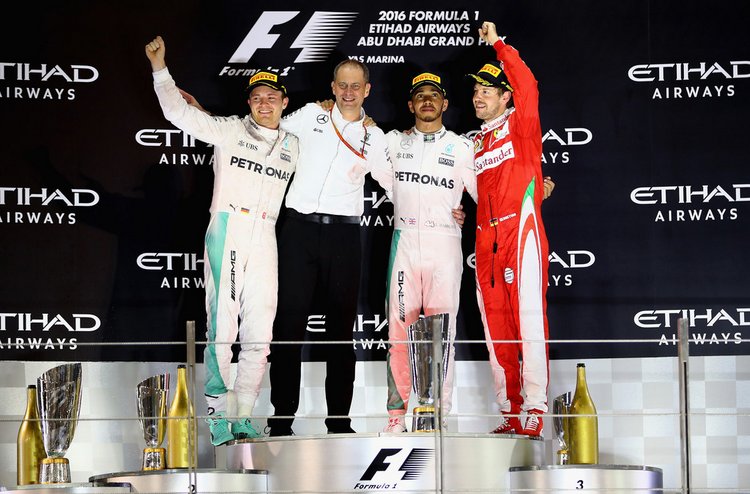 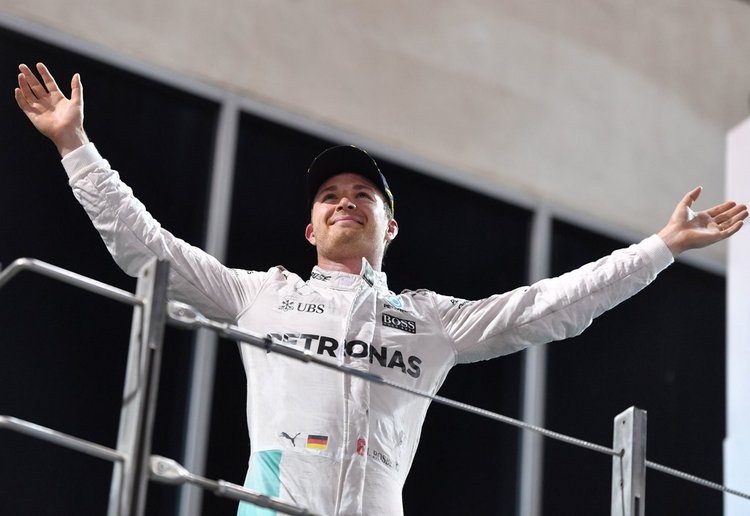 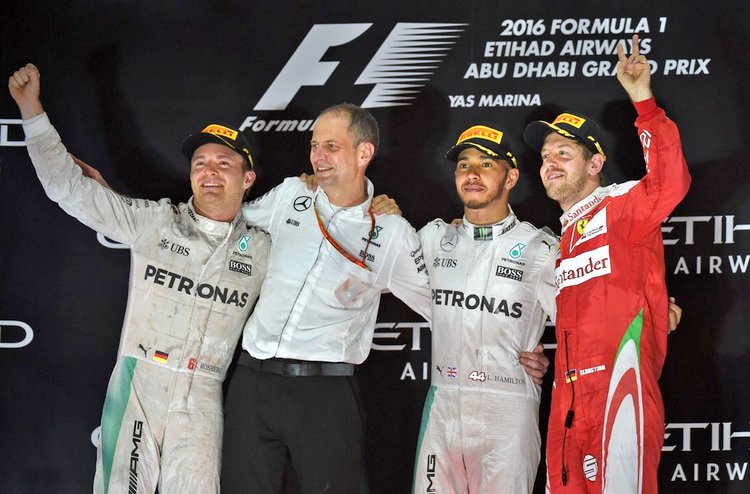 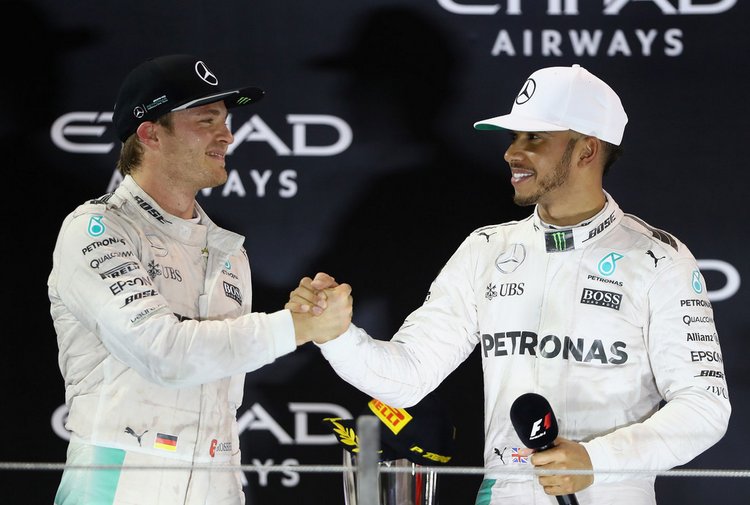 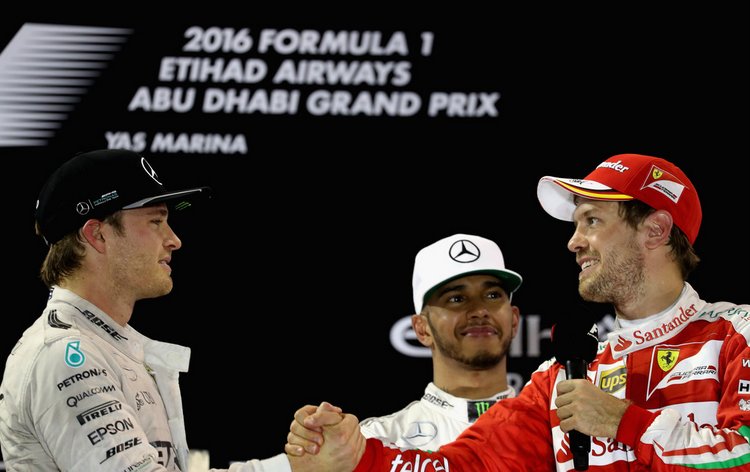 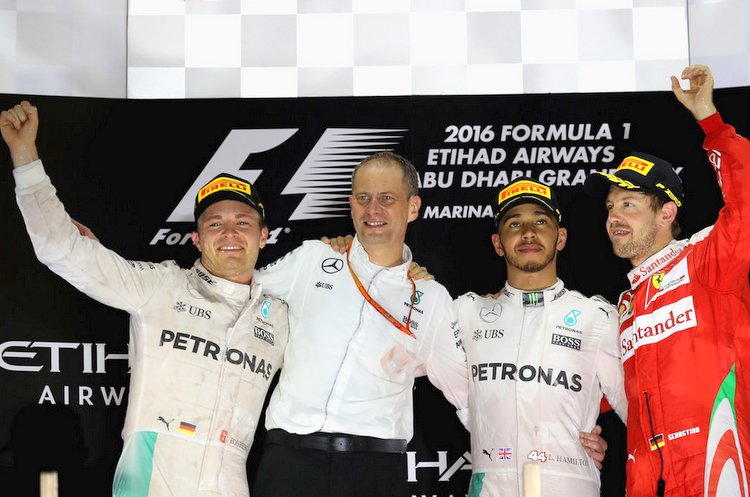 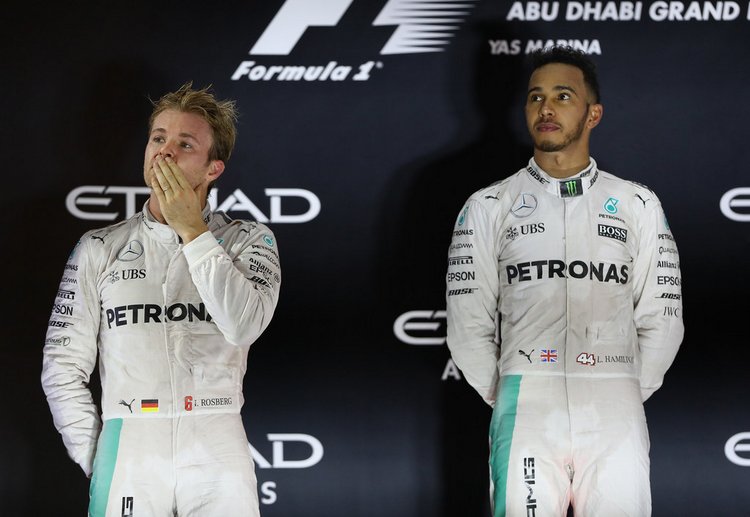 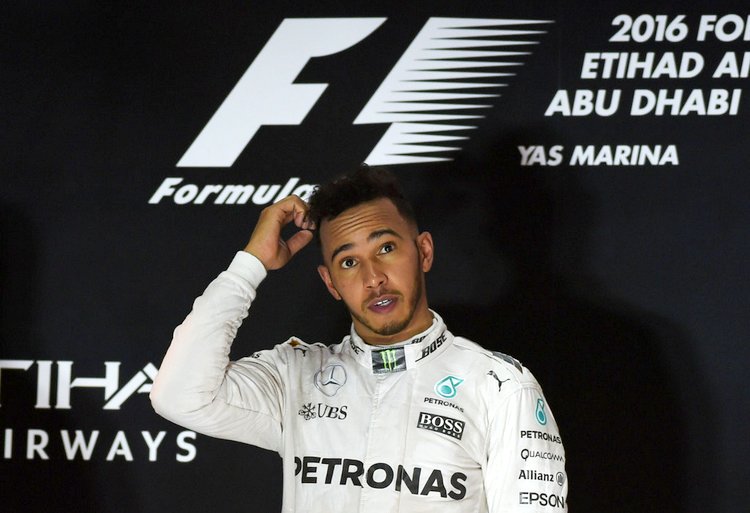 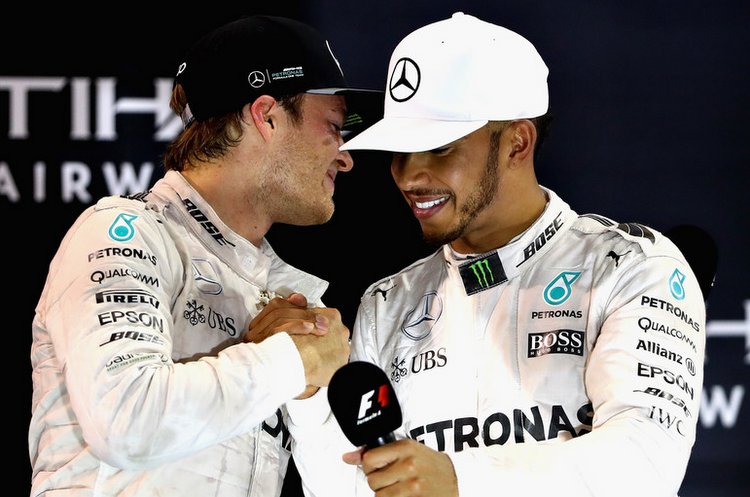 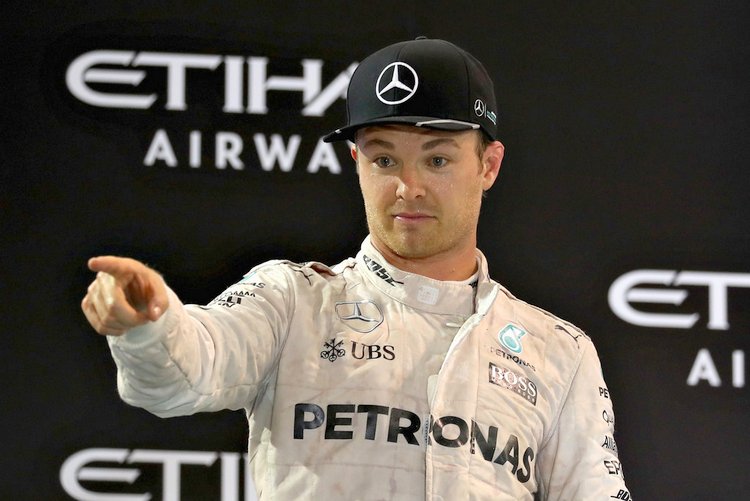 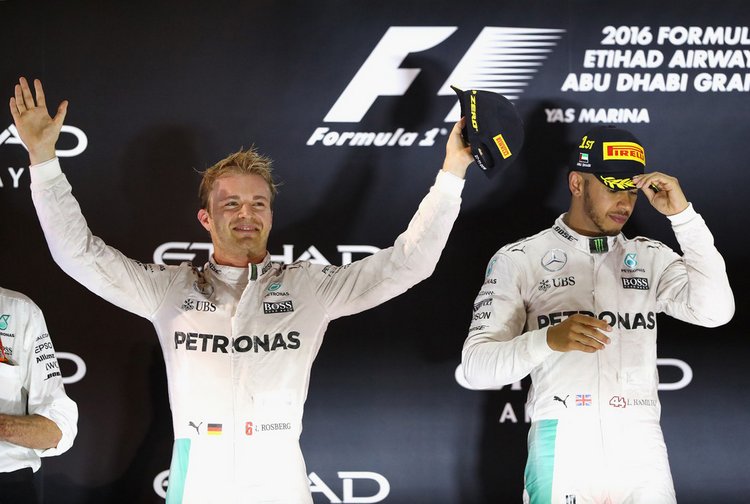 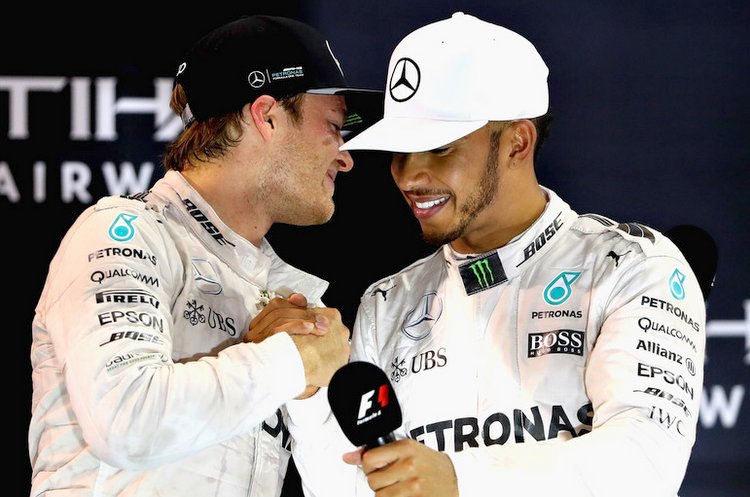 After a nail biting season ending Abu Dhabi Grand Prix, David Coulthard did a super job conducting the post race podium interviews and even managed to get the newly crowned World Champion Nico Rosberg and his Mercedes teammate to shake hands.

This is how the podium interviews unfolded:

David Coulthard: Lewis, you’re 53rd victory in Formula One but I suspect this is a slightly different feeling to some of the others?
Lewis Hamilton: Honestly, I feel great. Firstly, I want to say a big thank you to everyone that came out to support us. I’ve got so many British fans out here this weekend. Thank you so much, I love you guys. Thank you to all my family for all their support and especially to the team for doing such a great job. It’s been a real privilege being part of this team and achieving the success we’ve had this year. I never would have thought when I joined this team that I would have that many wins. I think that’s 32 wins with this team so a big thank you to everyone here and back at the factory. And a big congratulations to Nico, of course, his first world championship. Good job, man.

DC: Allow me to get out of the way when you are doing the handshake. Well done [Nico] you’re nice and wet. I don’t want to force anything but maybe you could do the handshake again. There you go, there’s the love. Nico, just another day at the office?
Nico Rosberg: Hell, no! That was definitely not the most enjoyable race I’ve ever had. With Max in the beginning and then with those guys coming up in the end, really not very enjoyable those last few laps. Very, very glad it’s over and unbelievably ecstatic. What do you call it when you give the win to my wife, to you [Vivian], amazing, thank you for all the support and to our daughter Alaϊa…

DC: Don’t you cry on us, Nico!
NR: Oh, I’ll thank everybody else afterwards… unreal.

DC: I can see the tears and we understand why. We do have to wait until a week on Friday until you are announced as champion but this time 34 years ago this was a similar time for the Rosberg family?
NR: Yeah, very, very proud to have done the same feat as my dad achieved, he’s going to be coming in about half an hour I think, so it will be exciting to see him.

DC: Fantastic, well Nico, we’ll come back to you. We;’ll leave you with those thoughts. Now, Sebastian Vettel – it’s been a while, you’ve not been here since Monza.
Sebastian Vettel: Yeah, we’ve aged!

DC: I have, you look wonderful. Where have you been? Why has it taken this long? That was an amazing strategy and you really came back and pushed these guys hard.
SV: Well, before I answer your questions, congratulations [Nico]… it was tough out there in the last couple of laps. I didn’t want to be in his shoes. I was trying to get close and have another go because I was thinking to, why not pass both of them, if Lewis is going that slow in front? But it was difficult because my tyres were also dropping more to the end. But you mentioned the strategy obviously. Bit stuck at the beginning of the race, couldn’t really unfold my pace, I was starting to get a bit frustrated but once I had clean air I could really also on the old tyres unleash the pace we had today. The whole team deserves the podium today. I think we have worked so hard. We have had so much criticism this year – sometimes right, sometimes not justified – but that’s how it goes, it’s a tough game, we’re fighting really tough opponents. It’s been a tough year but it’s nice to finish on a high and I think we take that momentum into next year. There is a lot of work going on back in Maranello, so big thanks also to everyone there.

DC: Just coming back in, Lewis, you’re a man who wears his heart on his sleeve, your face doesn’t lie. We’ve seen you celebrate some victories… tell us a little bit your thoughts, your emotions right now on where you are today?
LH: Well, I did everything I could these last four races and that’s really all I could ask of myself. I leave here… I’m going to have a lot of fun tonight, celebrating with the team and everyone and you can’t win them all. Obviously we had a lot of problems this year, and that’s inevitably why I’m in this position but I’m still grateful for all the success and the ups and downs we had as a team.

DC: Well, congratulations on this victory. Nico, coming back to you: you’re holding it but you want to unleash those tears don’t you?
NR: No, it’s OK. I also want to say congrats to Lewis, you did a great season, great competitor, massively quick always. Congrats, always tough to beat you. Guys, at the team Mercedes, please put the music on, I’m coming down in one second. And my mom, I’m really looking forward to seeing her, she’s going to be coming with dad in a second, so whole family together it’s going to be wonderful.