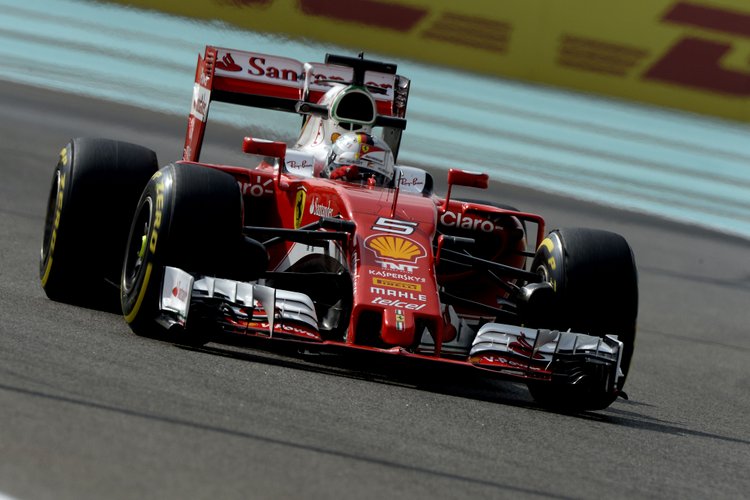 Sebastian Vettel lapped fastest for Ferrari in the final practice session of the Formula One season on Saturday with Mercedes title contenders Lewis Hamilton and Nico Rosberg fourth and fifth.

Vettel, facing a winless year after three victories in 2015, set a quickest lap of one minute 40.775 seconds on the ultrasoft tyres in a hot afternoon session at the Yas Marina circuit.

Rosberg leads team mate Hamilton by 12 points going into Sunday’s season-ending showdown, with both on nine race wins, and the German needs only to finish on the podium to secure his first championship.

Hamilton, who was fastest in both Friday practice sessions, has won the last three races but knows the title battle is out of his control.

Both Mercedes drivers set their quickest times earlier in the session than rivals, with the main focus on later qualifying.

Hamilton reported a loss of power early on, a problem Mercedes made light of and described as just an “unexpected de-rate” of the engine.