Rosberg vs Hamilton: Mystery of the crew swap 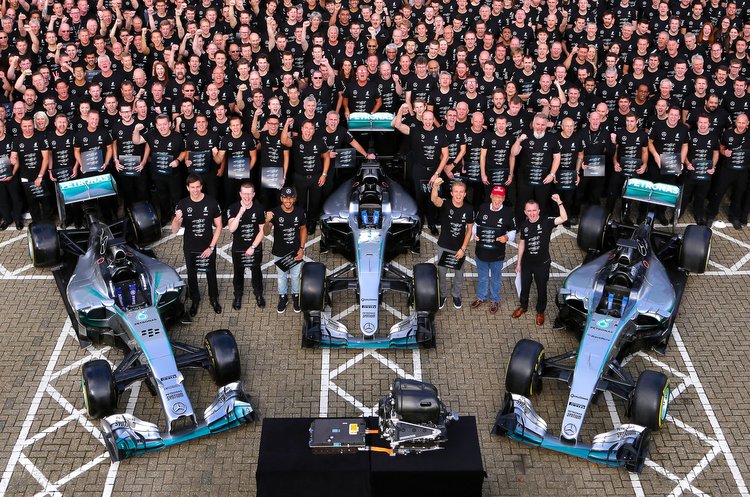 Nico Rosberg and Lewis Hamilton agreed on Friday to differ on the reasons for Mercedes’ decision to swap their car crews this year.

The pair faced the media at a tense press conference at the Yas Marina circuit ahead of this weekend’s title showdown at the Abu Dhabi Grand Prix. When the topic was raised it was clear there was an underlying story.

Hamilton hinted as much, but refused to reveal his version of the events – or the explanations – that led to both drivers’ individual mechanics’ teams going through a major change of identity.

Both crews had five changes in their engineering teams including the leading respective ‘number one’ race mechanics, a rare if not unprecedented move.

When Rosberg said it was a move made by the team to enhance team harmony after a stormy 2015 season, Hamilton was quick to counter, but declined to explain his own point of view.

Rosberg said: “We have been fighting for three years, we are fighting for race wins and championship, so it is quite natural that a little separation can happen between the two sides of the garage.

“For overall team performance, that is not a good thing. You want great team spirit, everybody fighting for one direction and working together. That is why the decision was taken to rotate a little bit…”

Hamilton was asked for his opinion and, instead of answering, he leaned towards his 31-year-old German team-mate and said: “I want to hear the reason you were given…”

He then added: “You’ll have to buy my book in 10 years’ time to find out exactly what happened… It will be an interesting read.”

Rosberg, who leads the defending three-time world champion by 12 points with just Sunday’s race remaining from this year’s 21-race calendar, added that he felt the switch of mechanics and engineers had been good.

“Of course, initially, it is not something that is super-comfortable, because my mechanics were close to me and it felt good and for everything to then change means it takes time to gel,” he said. “But I understand that, from a team perspective, it was the right thing to do and it worked quite well.”

“Our team spirit is as good as ever. We had some great parties together and everyone is sticking together and it is an awesome feeling within the team, so it looks like for sure it was the right thing to do.”

Turning their attentions to the future instead of the past, both men were asked about their approaches to Sunday’s race – with Hamilton distancing himself from the idea that he might ‘back up’ Rosberg, if he is leading, in the hope that the Red Bulls may pass him.

“I want to win by as big a distance as possible and that has not entered my mind,” he said. “It’s the only way I can do it. I’ve not thought of anything else.”

Rosberg made clear that he was not interested in anything other than his usual approach – to win the race and concentrate on that alone.

He dismissed all notions of underhand tactics, in which he might take actions that affected Hamilton’s race and rejected one suggestion that he could ‘play dirty’ if Hamilton passed him to take the lead.

“It’s none of what you just said,” he responded. “It’s going to be a weekend like any other, where I’m going for the race win, within the limits of what’s acceptable, of course.”

Rosberg was asked whether he felt there would be an element of fortune if he wins the title in a year when Hamilton has suffered three different engine failures and a costly grid penalty, in Belgium, where he had to stock up on power units for the second half of the year.

Rosberg said: “I’m aware of the way the season has gone for both of us. First of all, the season is not finished, there’s still one race to go so it’d be premature to get into any such discussion, such thoughts.”