Ricciardo: If you ask me now I’d still say Rosberg 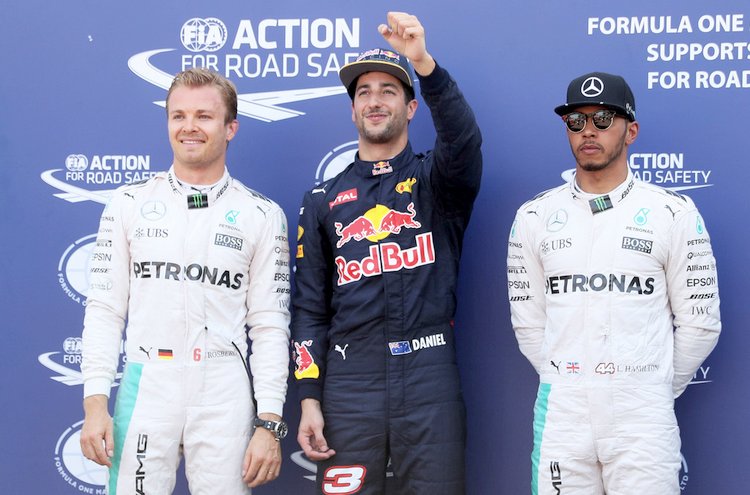 For some time now Daniel Ricciardo has predicted that Nico Rosberg will win the 2016 Formula 1 World Championship, with the title set to be decided at the season finale Abu Dhabi Grand Prix the Aussie still believes it will go the way of the German instead of his Mercedes teammate Lewis Hamilton.

Ricciardo told Sky Sport, “For me, I don’t favour anyone. I got asked earlier in the year who would win it and I said Nico I think because everyone else was saying Lewis. But if you ask me again now, I’d still say Rosberg because he is in the better seat to do it this weekend.”

“If you look at Lewis and Nico, whoever ends up champion this weekend, they will both have their merit for it. Rosberg has had a lot of poles and wins, he’s been on some good streaks and converted a lot of front rows to victories, whereas Lewis has made comebacks.”

The Red Bull drivers could play a role in the title decider as the pair have become the thorn in the Silver Arrows side of late. Ricciardo is aware of the scenario.

And said, “I won’t favour any driver, but if I can get myself up on the podium and get another bit of silverware I’ll do that and if it changes the result in the championship so be it. We’ll try and have some fun, hopefully it is not a stationary static race.”

Rosberg needs a podium finish wrap up his first F1 title on Sunday, while Hamilton has to win and hope that Rosberg finishes fourth or lower.