Nasr: Talks with Sauber for next year are priority 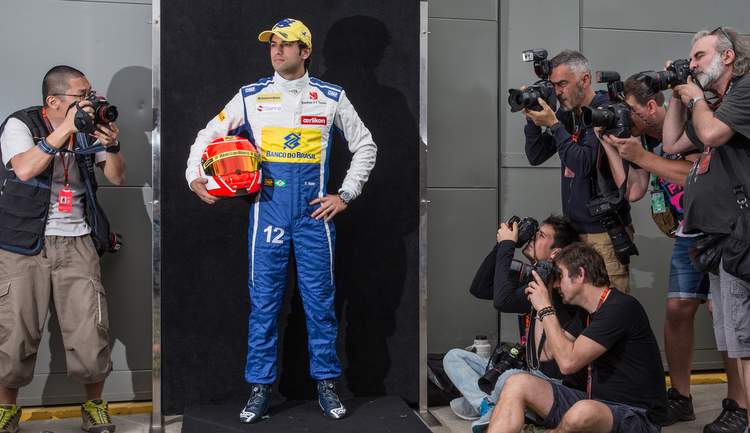 Brazilian Felipe Nasr said staying at Sauber was his main focus after the Swiss team left his future open, but cut-backs by his sponsors in Brazil could be a blow for his ambitions to be on the Formula 1 grid next year

“There are still negotiations going on,” the 24-year-old driver told reporters on the eve of the Abu Dhabi Grand Prix. “The talks are with Sauber mainly. That’s our priority right now.”

Nasr scored Sauber’s first and only points of the season in his home race this month with a ninth-place finish worth millions in prize money if they stay ahead of Manor in the constructors’ standings.

However the Ferrari-powered team confirmed only Sweden’s Marcus Ericsson in a statement on Monday about their 2017 line-up. Manor, 11th overall, are the only other team with at least one declared vacancy after Force India signed their French rookie Esteban Ocon.

Nasr, whose place is likely to depend on securing continued sponsorship from Brazilian backers at a time of economic crisis in his homeland, insists the relationship with Sauber remained strong, “It’s been two great years. The two points mean a lot for myself, for the team and hopefully we will know it (the second seat) soon.”

Alas for him this week news has been circulating in his homeland that his main sponsor Banco do Brasil is cutting costs and closing dozens of branches around the country, with many staff set to lose their jobs. Nasr’s sponsorship is a luxury the bank will find hard to justify.

Mexican Esteban Gutierrez, a former Sauber driver who has lost his place at U.S.-owned Haas, is also looking for a new team while Manor are expected to retain Mercedes-backed German driver Pascal Wehrlein.

Indonesia’s Rio Haryanto, who raced for Manor earlier in the year, is also in the frame for a return and is trying to raise sponsorship in south-east Asia.