Ecclestone: Two 40-minute races would be good for F1 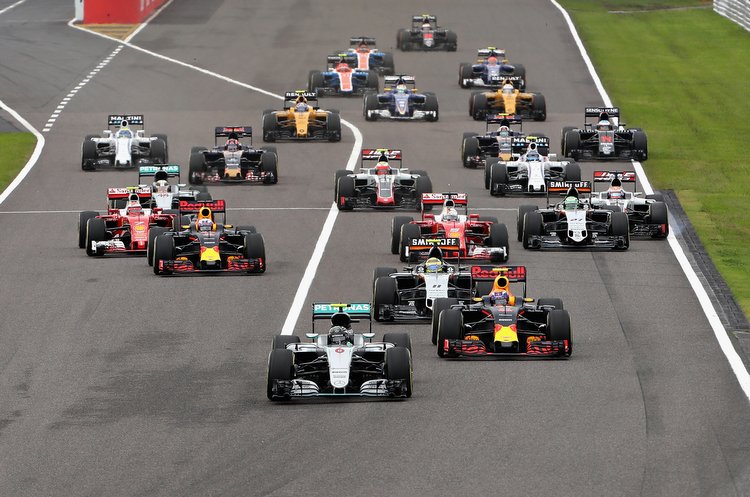 Formula One supremo Bernie Ecclestone believes the sport could be made more attractive by ditching the current one-race format for two shorter races, he said in a Sunday newspaper interview.

Ecclestone, 86, believes F1 would appeal more to modern audiences, sponsors and advertisers if there were two 40-minute races, separated by a gap during which drivers could be interviewed.

But he questioned whether the sport’s decision-makers have the “courage” to make such a seismic change to the traditional schedule.

“People have a much shorter attention span and a lot of sports are looking at introducing shorter forms of their games,” Ecclestone, the F1 chief executive, told the Sunday Times.

“The television audiences went up for Brazil. We had a long race with the heavy rain and a couple of crashes, but that meant we had two starts because of the red flags and people tuned in.

“We need to look at the traditional concept of one long race. Two 40-minute races with a 40-minute break in the middle when the drivers could be interviewed, cars worked on, would be attractive to viewers, the TV companies, the sponsors, and advertisers would love it.

“Cars would qualify on a Saturday as usual for the first race and that would set the grid for the second. It would shake things up with lighter, faster cars. But I don’t know if we have the courage to change. Times change though and it is something we must look at.”

“All American sports have time-outs built in, mainly because American audiences can’t concentrate. They grow up with everything in 15-minute segments on TV. People are the same everywhere now,” mused the F1 chief.