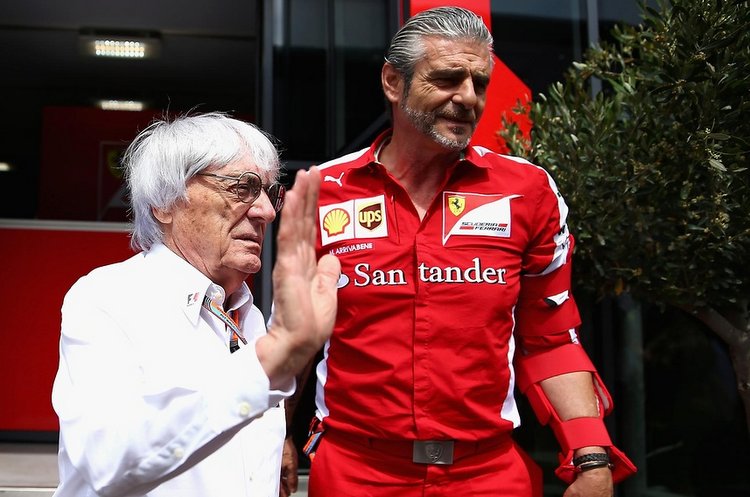 Ferrari team principal Maurizio Arrivabene is adamant that he does not need help to manage the sport’s most famous Formula 1 team, no matter what Bernie Ecclestone is suggesting.

When asked if his role at Maranello was to much for a single person to handle, Arrivabene said, “If I’m not wrong, it has been said that I need somebody nearby me to help. I don’t need it.”

“I’m part of the Ferrari racing department and I have hundreds of people who are nearby me. We have a new technical group led by Mattia Binotto. They are enthusiasts, they are working very very well. So we have a team.”

Arrivabene was reacting to comments made by Ecclestone earlier this month suggesting the Arrivabene need a lieutenant to help him with the day-to-day running of Ferrari.

The F1 chief told media last month, “I am not suggesting that someone replaces Arrivabene. They need someone who can support him in daily running of the team and operational aspects.”

To which Arrivabene replied, “First of all, we all know Bernie. The day after he said the opposite and he also came to me to explain himself without being requested to do so.

“In terms of the passion, I was always passionate about Ferrari, all my life, I have to say, even before doing this job and Ferrari is about passion, it’s about emotion.

“When I’m at the factory and I cross the street to go in the GT department and I’m looking at new GT cars that are coming out from the factory, for me it’s a big emotion. And this is something that is not a handicap, it’s a dream,” added Arrivabene whose Ferrari team is likely to end the season without a victory.