Ocon: Max and I hated one another 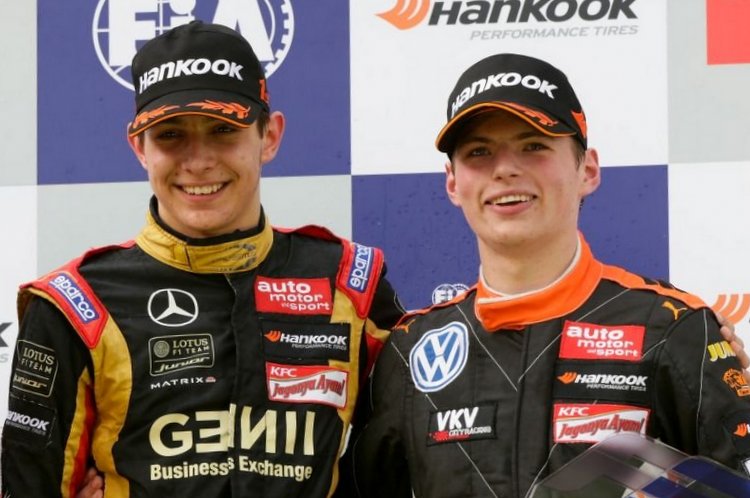 Esteban Ocon and Max Verstappen know each other very well, in 2014 the pair slugged it out in the European F3 championship which the Frenchman won and reveals that there was (and maybe still is) no love most between the two young guns.

Since then Verstappen has stormed onto the Formula 1 scene in a manner seldom seen before, starting in 2015 with Toro Rosso and this year promoted mid-season to Red Bull for which he is already a winner and now a constant front-runner.

Ocon meanwhile got his Formula 1 break with the back-marker Manor team at the Belgian Grand Prix, subsequently he has impressed. So much so that he has been signed to race for Force India in 2017, chosen by Vijay Mallya ahead of his highly rated Manor teammate Pascal Wehrlein.

Asked by Formule1.nl website if he was surprised that Verstappen beat him to the F1, Ocon said, “Max was lucky that he could get in so quickly. I did not last year. But he had the potential, and to be honest he earned it. He is a very fast driver and I’m not surprised that he is doing so well.”

“I raced against him in 2011 in karting, when we fought hard in all the races, like in Formula 3. We always came up against each other. The battle in the Formula 3 was heavy and intense. I was usually quicker in qualifying, but he was better in the race.”

“It was not nice racing against Max! It was often on the verge of dangerous. I don’t know how often we raced wheel-to-wheel. But we never crashed, so you can conclude that they were tough but fair battles.”

In a short while in Formula 1, Verstappen has built a reputation as a tough driver to race against, aggressive in defense and ruthless on the attack. How does Ocon compare?

“I find it hard to say,” admitted Ocon. “What I do know is that he drives a lot more aggressively than me. I’m aggressive when it is required but not all the time. I think first before I make an aggressive move or take a risk. That’s a big difference between me and Max.”

Asked if there is mutual respect between the two, the Frenchman said, “Not really. On the job maybe, never outside it. We hated each other during the [F3] season, but off-track it was okay. I think that since then we have become more mature.”

Next year the pair are likely to line-up closer on the grid than they have this season, with Ocon at Force India and Verstappen at Red Bull, there may be times when they go wheel-to-wheel again and it will be a feud to watch as many believe that Mercedes backed Ocon will have a top F1 drive in the future.