Ricciardo: I don’t feel pressure from the young guns 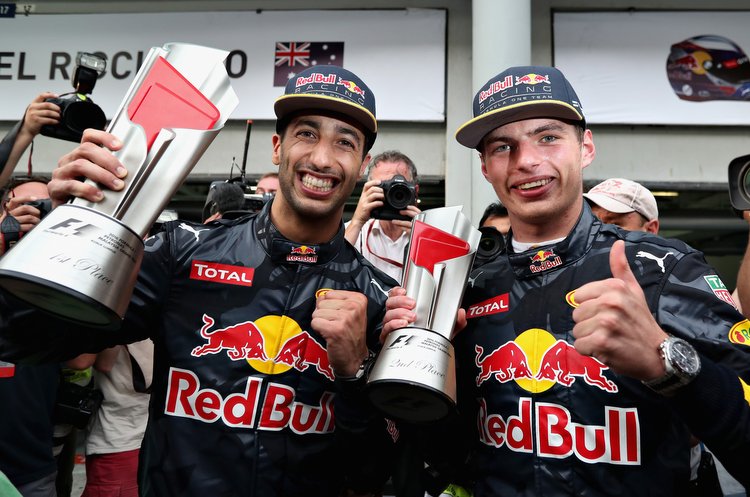 With Formula 1 drivers are becoming younger, 27 year old Daniel Ricciardo insists that he does not fear the emergence of the ‘young guns’ led by his own Red Bull teammate Max Verstappen.

F1i quotes Daniel Ricciardo saying, “I don’t feel pressure. The drivers are getting quite young. It’s cool to bring a lot of energy to the sport.

“The young generation is strong in all sports. I expect them to be a challenge as they improve. Its fun and it’s good to have some new drivers coming.”

Ricciardo was nurtured through to Formula 1 by the Red Bull junior driver programme, and he believes this is still the best ‘university’ for drivers seeking to make it into Formula 1.

“For me Red Bull Racing is doing the best [program]. When I joined them it’s like they put everything in place for us. For sure, there it’s a lot of pressure, but our biggest focus is going out to race and to try to win.”

He added, “They also help out physical training and mental stuff, some media training – there was a big picture for them. They really prepare us for the big show like this. And for me, they are doing putting more attention into it than any other team.”

As for his relationship with sensational Dutch teenager Verstappen, the big smiling Australian tolf The National, “I Instagrammed some photos that [Max and I] took with some kids in Japan and I said it was Max with his classmates, and he replied:Alright, Grandpa! So I do feel a bit older with Max around, but it has been really good for both of us.”

“We have definitely pushed each other week in week out. I just think in competition terms it has been amazing. The truth is we are getting on as well as we can, while still having that fire in us and wanting to beat each other. We have a great balance,” added Ricciardo who this season has been the best of the rest behind the dominant Mercedes team.