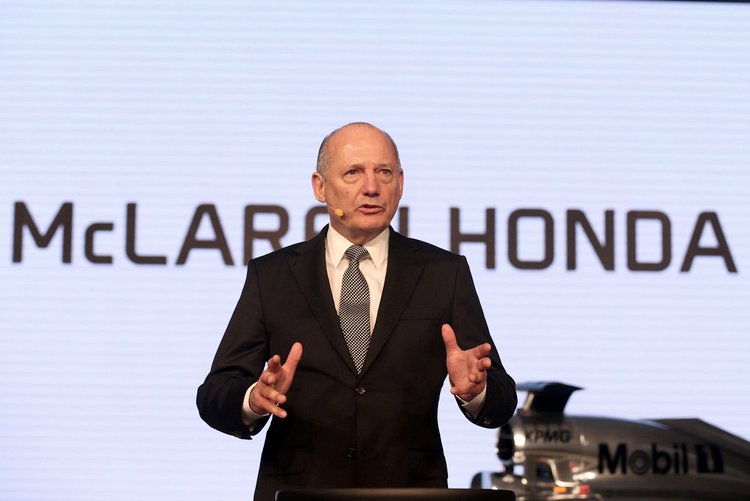 McLaren have started their search for a new chief executive officer following the departure of long-standing boss Ron Dennis earlier this week.

Dennis, who took over McLaren in 1980 before spearheading the British team to a number of Formula One world championships, has been forced out by his fellow shareholders following a bitter boardroom battle.

Dennis holds a 25 per cent stake in the McLaren Technology Group, but there has been rising tension with his Saudi-born business partner Mansour Ojjeh, who also holds 25 per cent of the business, with the remaining 50 per cent in the hands of Bahrain sovereign wealth fund Mumtalakat.

Following lengthy discussions on Tuesday, Dennis was placed on gardening leave until his contract expires in January.

The Englishman, pivotal in the grand prix career of triple world champion Lewis Hamilton, made his feelings known in a statement announcing his departure.

“I am disappointed the main shareholders have forced through this decision to place me on gardening leave, despite the strong warnings from the rest of the management team about the potential consequences of their actions on the business,” Dennis said as he announced his exit in a statement before McLaren made his departure official later on Tuesday.

‘The grounds they have stated are entirely spurious: my management style is the same as it has always been and is one that has enabled McLaren to become an automotive and technology group that has won 20 Formula One world championships and grown into an £850million-a-year business.’

McLaren released their own statement on Tuesday evening, “Over the past 35 years Ron’s contribution to the success of McLaren has been colossal.”

“During his tenure the team won 17 world championships and 158 grands prix, making him the most successful leader in Formula 1 history. Like the company’s founder, Bruce McLaren, Ron is and will always be one of the true greats of the sport.”

“McLaren Technology Group is now in the process of seeking a new chief executive officer. Until such an appointment has been made, the company will be run on an interim basis by an executive committee comprising the group’s majority shareholders, in close collaboration with the board of directors and the senior management team, all of whom remain utterly committed to the company, its partners, its employees and its fans, and share a passionate determination to build on our many strengths towards future prosperity.”

American businessman Zak Brown is understood to be among the leading candidates to replace Dennis.

Brown, according to a senior paddock figure claimed at the recent Brazilian Grand Prix that the 45-year-old had already made a number of general enquiries about the job.

Brown, who has also been tipped to take a leading commercial role under Formula One’s new owners Liberty Media, resigned as chief executive of CSM in September and is currently chairman of Motorsport Network.

Martin Whitmarsh, ousted from McLaren by Dennis in 2014, and former Ferrari technical chief Ross Brawn have also been mooted as potential successors.