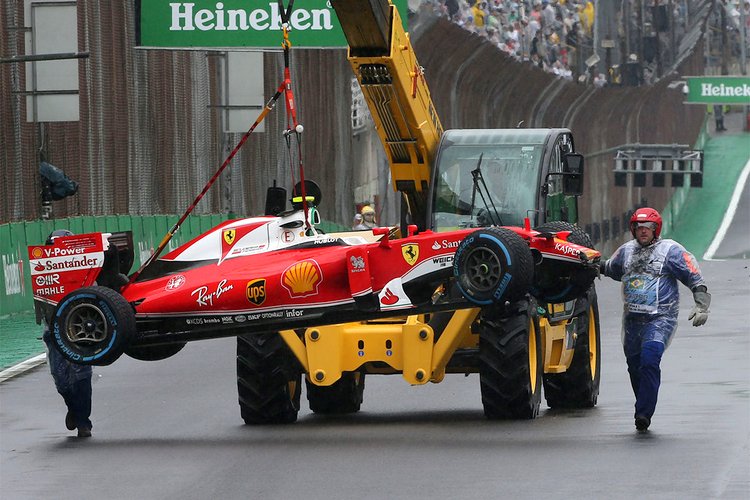 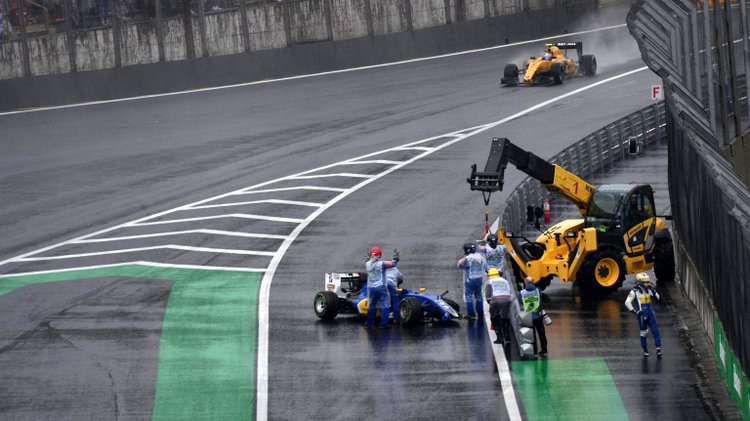 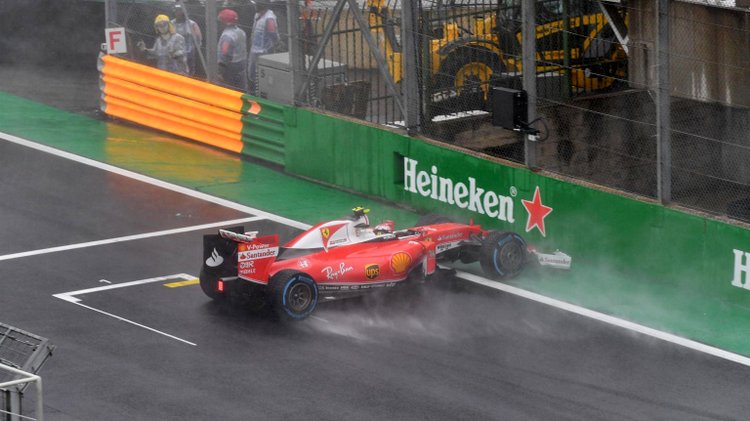 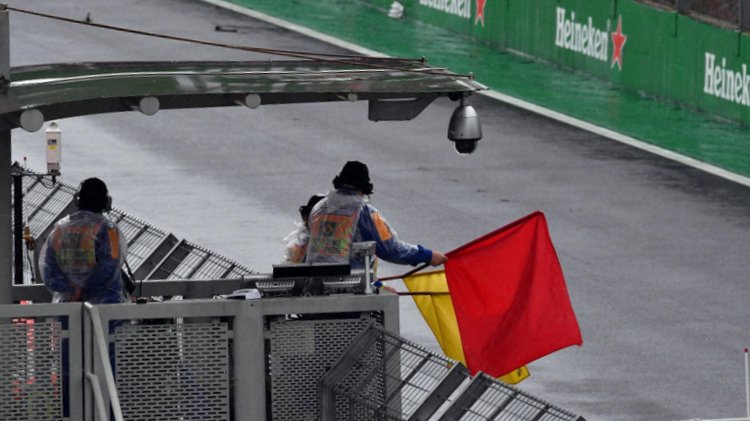 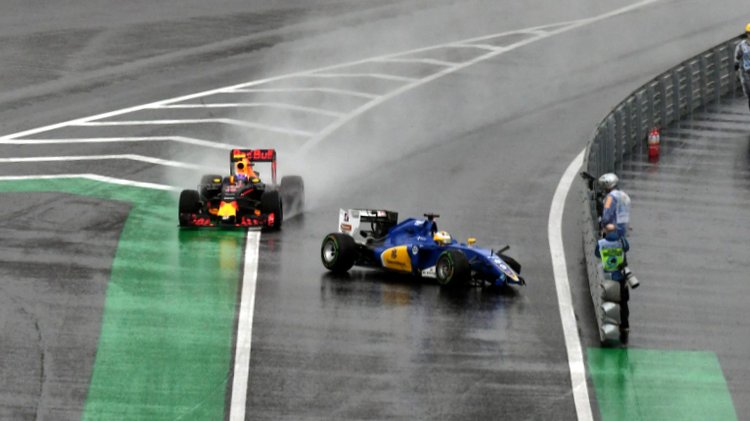 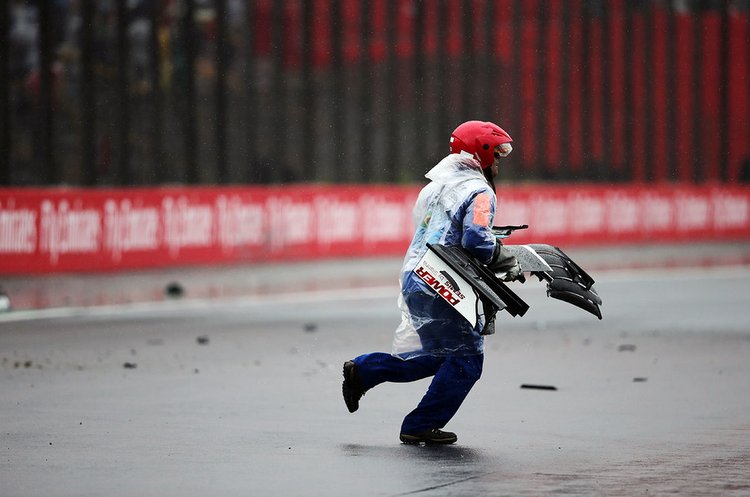 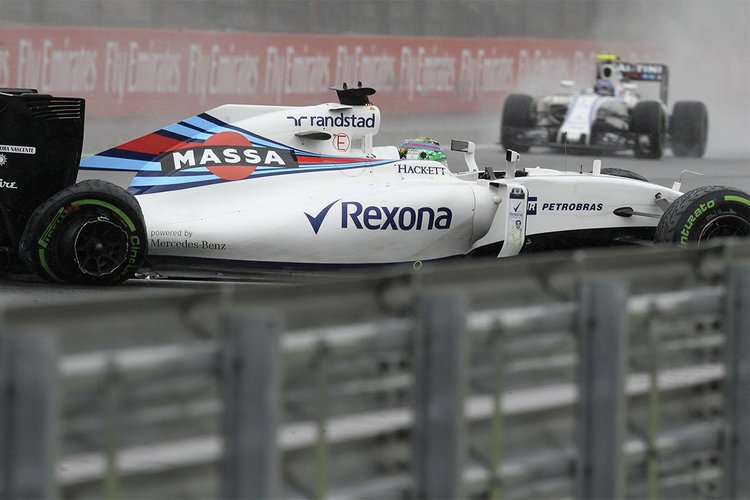 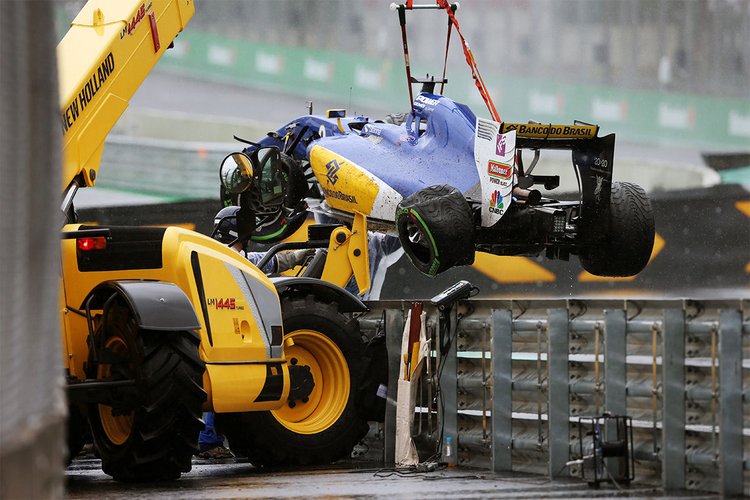 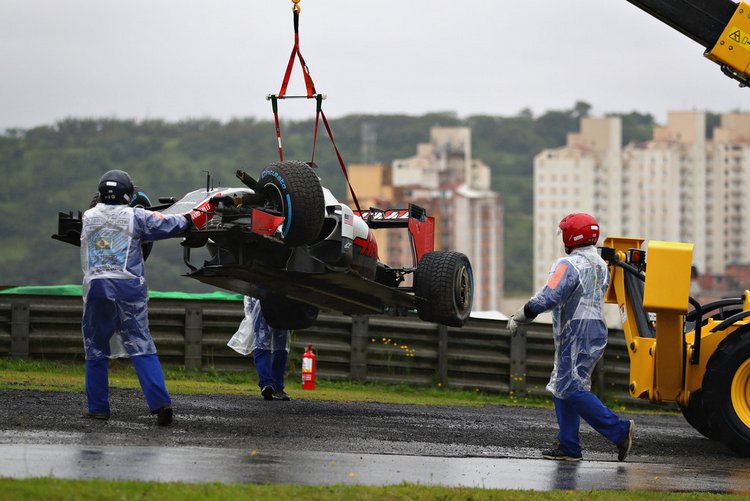 The Brazilian Grand Prix was red flagged twice, with five safety car periods as drivers struggled to come to grips in the wet with tyres that appeared incapable of doing what they are supposed to do – have grip and be able to allow F1 cars to race in the challenging conditions that prevailed at Interlagos.

Romain Grosjean, Marcus Ericsson, Felipe Massa and Kimi Raikkonen were all victims of accidents, while just about all the drivers had one or more big moments on the day, including the sport’s new rain maestro Max Verstappen who made a miraculous save when he lost grip and nearly slammed the barriers.

Raikkonen said after his scary incident, “They are very easy to aquaplane with, it’s not like it’s raining a lot. We’ve said that many times, but it obviously also depends on the circuit and many things.”

“If I compare to ten or twelve year ago those tyres could cope with this kind of rain with no issues, no aquaplaning. The aquaplaning is the biggest issue, if we have a bit of standing water we get zero grip. That’s it.”

Romain Grosjean, who spun on his way to the grid, echoed the Ferrari driver’s sentiments, “The extreme tyre is a very poor tyre and there is no grip. You have to take a huge amount of risk to go to the intermediates because they are just faster. But, yes you cannot control the car in a straight line.”

Wet weather tyre testing has not been high on the agenda since Pirelli became the sole tyre supplier for Formula 1 in 2011. Wet weather testing has been scarce during this period, however this year the Italian tyre manufacturer has dedicated six days of testing for wet weather testing. More days than they spent in the past five years.

Rosberg who also survived a big slide during his race to second place in Brazil said, “It’s difficult because it’s completely unpredictable when you go through a little bit more water – you don’t know what’s going to happen. That makes it really challenging.”

“[Pirelli] know that and they are working on it at the moment. That’s why they have been doing wet tests, to make some progress for next year. It would be good for the racing also, because then you don’t need to red flag it and you can let the race go on. It will be a good thing,” said the Mercedes driver.

Verstappen gave his opinion, “I think we can do improvements on the tyres, we’re working on that for next year but I think that with more downforce that should help already.”

Red Bull team chief Christian Horner highlighted the problems after the race in Sao Paulo, “You could see that the drivers were having big issues with aquaplaning on the extreme and the inter. Kimi crashed in front of us on the extreme. [Marcus] Ericsson was on the inter. So we conducted some wet testing for Pirelli at the beginning of the year to try and help, and it seems like there is still room for improvement on the extreme in extreme conditions.”

Renault team chief Frederic Vasseur explained the problem for his drivers, “The biggest issue we encountered was the performance of our car with the full wet tyres. We weren’t able to perform over long stints with these sets of tyres.”

Lewis Hamilton, who had a faultless and mistake-free run to victory, had a different view to his rivals, “That one set of tyres just kept going and going, I didn’t have any problems at all.”

“This is Formula One and the rain conditions are the trickiest conditions. If everyone just went round and didn’t make mistakes it would be too easy and then everyone could do it. We are going at some serious speeds and there is a lot of water to disperse by the tyres and the tyre just struggles; the faster we go, the harder it is for the tyres.”

“This wasn’t a particularly difficult race in terms of being wet, there’s been much much worse races in terms of aquaplaning,” added the reigning world champion.