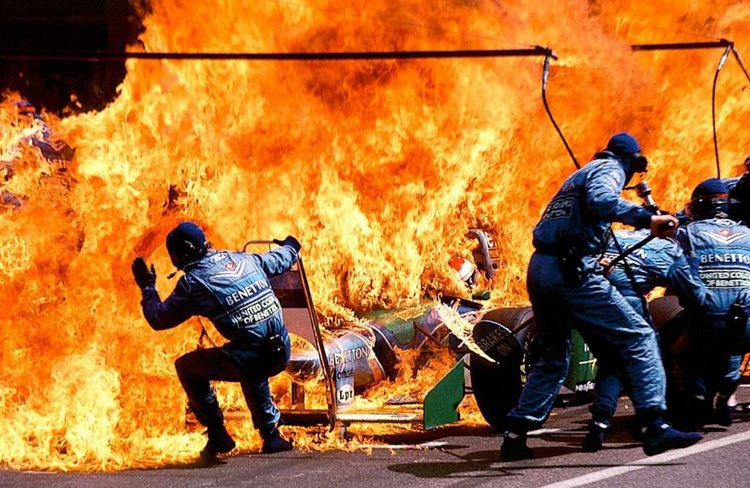 Soon to be Haas driver Kevin Magnussen admits that he would fancy refueling returning to Formula 1.

In a Q&A for his sponsors Jack&Jones, Magnussen said, “I would like to have refueling during the races back. It would be spectacular, but more importantly: You would have more variations in the strategy.”

One of the most memorable and scary refueling incidents took place during the 1994 German Grand Prix when Jos Verstappen’s Benetton went up in flames during a pitstop. It was later found that the team cheated by modifying the fuel nozzle to allow fuel to flow faster and save time during the stop.

Refueling was banned from Formula 1 in 2010.

On a more current note Magnussen added, “If I could remove one rule, it would be all the track-limit stuff. I know it´s not really a rule – it´s more a question of changing the tracks – but I think it takes something away from the sport.”