Berger: When I see Max, Senna comes to mind 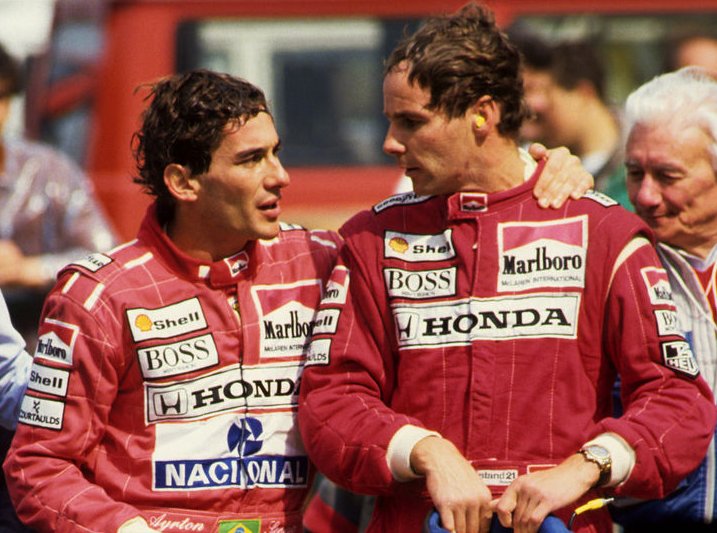 Few people were as close to Ayrton Senna as Gerhard Berger, the pair shared the same pit garage at McLaren for three years and remained close friends until the Brazilian’s death, thus when the Austrian says he is reminded of Ayrton when he sees Max Verstappen racing – you take notice.

Berger told UOL Esporte, “When I see Max, Senna comes to mind. It’s the first time I say something like this about a driver, because I was really close to Ayrton and to me he was the best. His personality, the driver, the results, the preparation. He was different. I always respected that and avoided comparisons, but with Max it is not difficult to see the similarities.”

Indeed Verstappen stunned and delighted the Formula 1 world at the Brazilian Grand Prix with a performance that defies superlatives, but one that will go down in Formula 1 folklore.

Berger agreed, “It was incredible. He was always experimenting with different lines, even behind the safety car he was studying the circuit. Engineers from other teams were telling their drivers to copy him. He knew exactly what to do, and that’s amazing for his age. He found impossible lines and made the other drivers seem inexperienced.”

Verstappen finished third in the rain affected race. At one point he was second, from fourth on the grid he dived down the inside of Kimi Raikkonen’s Ferrari to take second place.

He then pursued Nico Rosberg and overtook him for second place with another clinical and no nonsense move.

Red Bull then opted to pit both their drivers for Intermediate tyres, which turned out to be a bad strategy call. Verstappen dropped down to 16th with 16 laps to go.

From that point on he delivered a mesmerising performance on his way to third place. Along the way making easy work of getting by four times world champion Sebastian Vettel in the Ferrari and also his own teammate Daniel Ricciardo who finished eighth.

Verstappen summed it up with a grin: “I think the word for today is ‘Exciting’.”