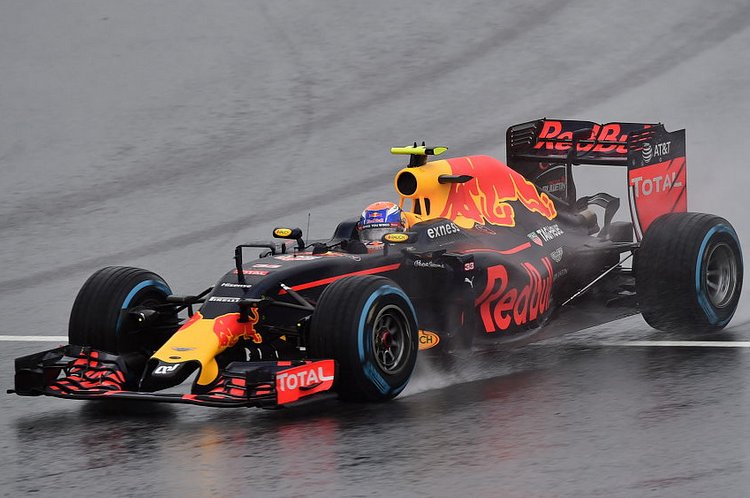 Media, pundits and Formula 1 figures are unanimous in praising Max Verstappen’s storming drive during the Brazilian grand Prix, where he stole the show with great moves on track and a stunning 16 laps charge from 16th to third, where he dispatched his Red Bull teammate Daniel Ricciardo and Ferrari’s four times world champion Sebastian Vettel with consummate ease.

Respected Italian motorsport magazine Autosprint wrote: “Verstappen has regained admiration of Formula 1 fans. He did not win the grand prix because of the risky choices of Red Bull in terms of strategy. It was a great race by Verstappen, who was flying over the water and you could tell with the naked eye he was superior in those conditions. He knocked over opponents as if they were bowling pins. He caught and passed Vettel, humiliating him.”

El Confidencial headlined the feat: “Max Verstappen on day that he reminded us of Ayrton Senna on track.”

And reported: “How many times have we seen Niki Lauda doff his famous hat? Jos Verstappen was being interviewed at the end of the race in Brazil. As Lauda passed he interrupted the conversation with the journalist and they greeted one another. Then, the great Austrian raised his cap and complimented Verstappen senior for the display his son gave on the day. There could be no greater sign of respect from the man who wears the cap to hide the aftermath of an accident that almost cost him his life.”

After the race Lauda told media: “He did the job, unbelievable, the way he passed was just incredible. I know the guy is good but he proved to everybody what he can do.”

Mercedes chief Toto Wolff, who saw his drivers Lewis Hamilton and Nico Rosberg finish one-two in the race, said of the Dutch teenager, “The Verstappen Show! It was really unbelievable driving, great entertainment. Physics are being redefined. He drives inside, outside, no matter how. He really inspires. It’s great that he is in Formula 1.”

Sky pundit Marc Surer said: :”The boy is just great. Verstappen showed again and again his superior mastery of his car. At the start, he took a position into Turn 1. In the duel with Perez, Verstappen aquaplaned on a curb, but remained full on gas.”

Nico Rosberg: “Hats off to Max. It was really difficult to guess where the tires still have grip and where not. An inch could be too much. Max did a great job. ”

Former F1 driver and TV pundit, Martin Brundle said: “We knew it was good, and as you pointed out as a future world champion. And today has cemented that impression.”

Verstappen’s father, ex-F1 racer Jos, said of his son: “I have never seen something like this. I’ve known him for a long time, I have seen many races he did, but today it was incredible. They didn’t have it right with the strategy, they were unlucky with the weather probably, but after that I think it was worth to have a bad stop.”

Red Bull team principal Christian Horner: “It’s one of the best drives I’ve seen in Formula 1, to be honest. His recovery was amazing, we gave it a go on the Intermediates, it looked right at that crossover point, Daniel [Ricciardo] was setting purple sectors, it was the kind of call which could have won you the race But the rain increased, so we gave him a huge amount [of work] to do, and the that way he drove those last 15 laps was unbelievable.”