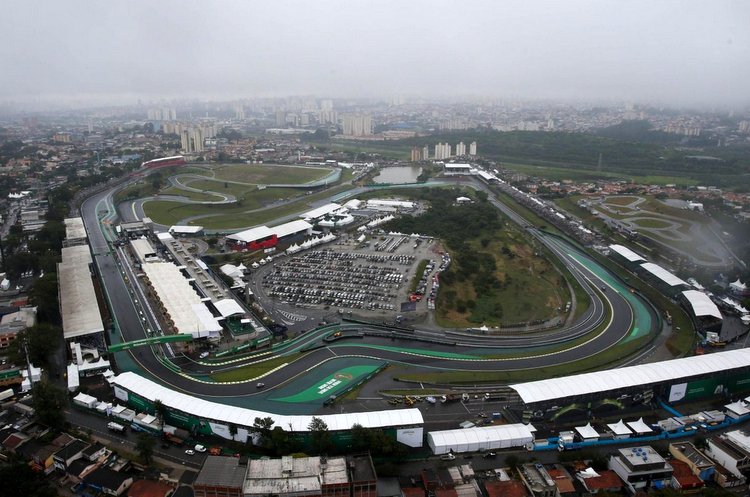 Lewis Hamilton emphasised how much the Brazilian Grand Prix meant to him after winning a thrilling race in the wet, but the race’s future on the Formula One calendar remains clouded by uncertainty.

“I just assume this is going to be on the grand prix calendar because it is one of the best races,” said the triple champion after succeeding at Interlagos, his boyhood idol Ayrton Senna’s home track, for the first time. “It is part of the heritage of Formula One. We cannot lose this grand prix.”

Despite the Mercedes driver’s words, the chances of Brazil remaining on the calendar remain very much a ‘maybe’ due to the country’s ongoing economic crisis.

Brazil will also have only one driver next year, in an uncompetitive car, and even that is not certain with Felipe Nasr yet to be confirmed by struggling Sauber.

The atmospheric amphitheatre has an asterisk against it, along with Canada and Germany, on the 2017 draft calendar and commercial supremo Bernie Ecclestone is not sounding positive.

“I think we may well be able to sort Canada out, possibly, but the other two…,” the Briton told Reuters with a shrug.

The final calendar, currently 21 races, will be published in December.

Interlagos, with fans exposed to the elements and the track close by slums on one side, has undergone an upgrade to the cramped pits and paddock area but there is always more to do.

“They’ve done a good job, but it needed to be done,” commented Ecclestone, who is married to a Brazilian and owns a ranch in the country.

The 86-year-old Briton said long-standing talks with Argentina, which last hosted a race in 1998, could lead to another South American option but “it would be good not to lose this race”.

Canadian promoters have sounded optimistic about keeping their grand prix but the prospects for Germany, a home race for champions Mercedes and Ferrari’s four-times champion Sebastian Vettel, do not look good.

“Trouble is it’s all commercial. If they can’t make it work commercially they will stop,” Ecclestone said of Germany.

Hockenheim held the race this year but has been reluctant to do so in successive seasons unless the hosting fees are frozen, while the Nurburgring has baulked at the cost.

“We tried to keep them (Hockenheim) alive, but they’ve run out of tablets,” Ecclestone told reporters. “I’ll put my money on it not happening. I’ll have to talk to them in the next couple of weeks.”