Wolff: Phone call to Jos has been blown out of proportion 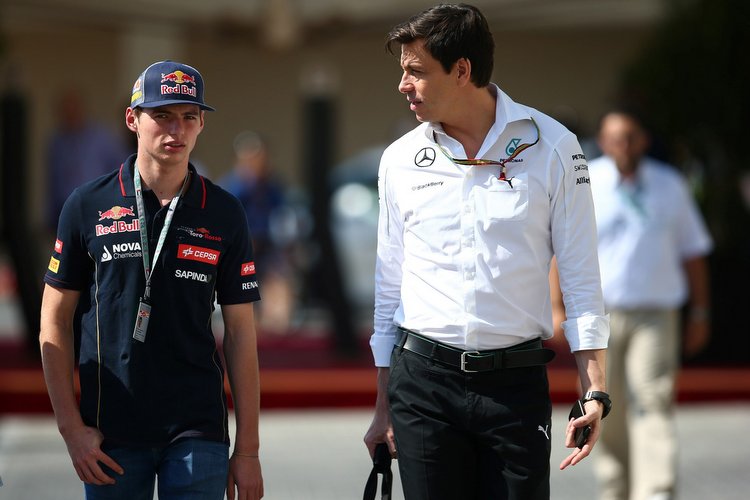 Max Verstappen says he will take the fight to Lewis Hamilton and Nico Rosberg in the Brazilian Grand Prix and cannot be expected to do otherwise, despite Mercedes boss Toto Wolff ringing the Dutch teenager’s father to discuss the situation.

“We should race. Everyone. They should still fight for first, otherwise you are not a worthy world champion are you?” the Red Bull driver told reporters on Saturday after qualifying fourth and right behind the two Mercedes title contenders. “I am racing for Red Bull, not Mercedes.”

Verstappen spoke after Red Bull bosses stirred up a storm over a telephone conversation between Wolff and Jos Verstappen ahead of what is a potential Formula One title decider at Interlagos.

According to Red Bull, the Austrian was seeking to rein in their 19-year-old, who tangled with championship leader Rosberg at the previous race and has already won once this season.

Red Bull principal Christian Horner told reporters he had been surprised by the approach, and bristled at any suggestion that Verstappen might let the Mercedes drivers fight a private battle.

“If Toto wants to have a race for his drivers we can do that at 11am on Sunsay, and then we can have the Grand Prix at 2pm where everybody can race,” he said.

Verstappen said the conversation had been exaggerated, however, while Wolff expressed “zero regrets in capital letters” for having a “nice conversation” with a long-time family friend, as he had on previous occasions.

“It has been blown out of proportion and I don’t know by whom,” said the Austrian, before correcting himself to say “well, I do know…”

As he spoke, the smiling Horner walked past, raising a finger to his nose and ‘cocking a snook’ through the glass of the hospitality unit before mimicking holding a mobile phone to his ear.

“I think he is a great driver. He has incredible skill. He is refreshing as a character. He is spontaneous, intelligent. I’m a really big fan. He’s just what the doctor ordered for Formula One,” said Wolff of Verstappen.

“The last thing I want, and last thing he will do anyway, is to change his approach. I didn’t say to move out of the way nor to race in any different way.”

Wolff said he had simply told Jos Verstappen he felt there was a “negative spin in some of the media” about his son’s driving that needed “to be counter-steered” for his own good.

In the duel between the Mercedes drivers for the world title, Rosberg has a 19 point lead over Hamilton and can take the title with a race to spare if he wins at Interlagos.

When asked by journalists for his opinion on the Wolff phone call, Alonso said, “First of all, I don’t know if its true or not, so it is difficult to comment, But as a concept I think Toto is doing his job. There are two guys driving their maximum, there are mechanics changing tyres in less than two seconds, and there is a team principal trying to win the world championship.”

Jenson Button had a good laugh before commenting, “Amazing! Love that. I know that they race on their own most weekends but… I think that’s a shame if it’s true. We’re here to race, it’s just not those guys.”