Hamilton: Nico and I are not owed any favours from Red Bull 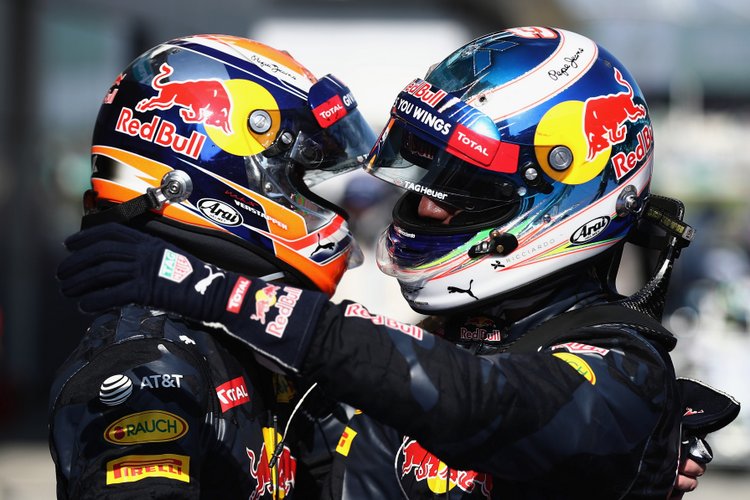 In the wake of Mercedes team boss Toto Wolff calling the father of Max Verstappen to urge him to tell his son not to interfere with the title battle between Nico Rosberg and Lewis Hamilton the reigning world champion tells Red Bull to bring it on.

The Red Bull drivers have been in and about the title battle in the latter stages of the season, with Verstappen in particular taking no prisoners in his duels with whoever comes in his path.

At Suzuka he tussled with Hamilton, forcing the world champion to take avoiding action, and recently in Mexico he had no qualms going wheel-to-wheel with Rosberg on two occasions. No doubt the actions prompted Wolff’s call to Jos Verstappen.

Hamilton trails in the standings by 19 points but will start the race at Interlagos from pole position, he has to win (or at least beat his teammate) in both races, while Rosberg can seal the title with victory on the day.

Rosberg said,”It is normal for other drivers not to drive differently just because others drivers are driving for the championship because that is not their problem.”

“But we all need to try and drive within the limits, a lot of penalties have been given recently and that is why maybe it is worth them considering a half gear, or a half something more relaxed, could be the right direction,” added the German who is seeking his first Formula 1 world title.

Wolff has subsequently played down the call, claiming he had simply told Jos Verstappen he felt there was a “negative spin in some of the media” about his son’s driving that needed “to be counter-steered” for his own good. Full report here>>>