Hamilton: I want to win because I am the best on track 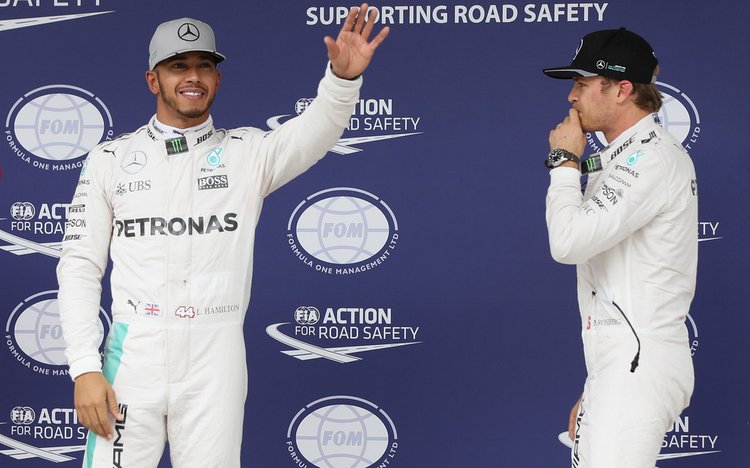 Lewis Hamilton says he wants to win the F1 world championship this year by being the best driver on track and not through clever tactics and his task continues at the Brazilian Grand Prix where he has to beat Mercedes teammate and title rival to take the contest to the season finale in Abu Dhabi.

Speaking to the official F1 website, Hamilton said, “I can only look after my own race – and other than that there is nothing that I can do. Sometimes when you try to be super smart it screws up things badly, so no such thing for me. I want to win because I am the best and not through tactics on track.”

As for his approach ,at Interlagos, to what is a crucial race in his campaign, “No changes. It will be a race like any other – like the race two weeks ago. Do I know the significance of the race? Of course I do! I have been in racing long enough to know!”

“I can only do the best I can do and there is no way I can think differently about it. I have to see that I am at my best, as I cannot control many things that surround me. The preparation is the same.”

“I feel much more comfortable now. Maybe that is the benefit of age and experience! (Laughs) So I’ll love going out there tomorrow, whatever conditions and situations come our way. And that has also a lot to do with knowing that I have the best team around me – that they can help me brush aside any obstacles.”

“Probably I can even go so far as saying that this time it is a totally different approach to the title win. It is a much more comfortable place to be – mentally,” added Hamilton who, in Brazil, is hunting his ninth victory of the season and seeking to keep the championship alive.