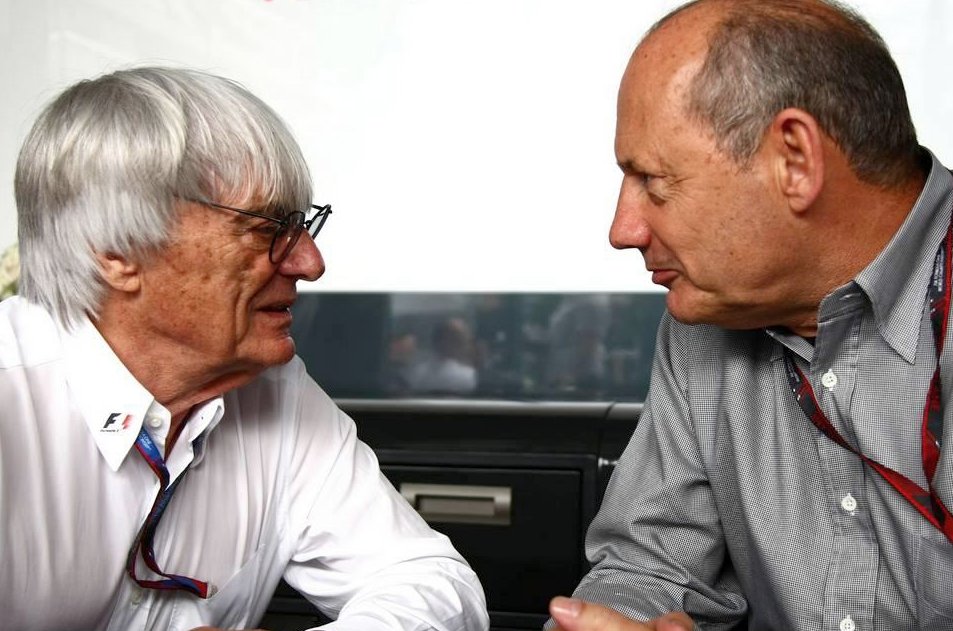 McLaren chief executive Ron Dennis is fighting a move by other shareholders to force him out, Formula One supremo Bernie Ecclestone said on Saturday.

Ecclestone told Reuters at the Brazilian Grand Prix that he feared the 69-year-old Briton, whose team are the sport’s second most successful despite not having won a race for four years, may have lost the battle already.

“There was a court case yesterday where he wanted to overturn what had happened and he lost the case unfortunately which is a pity because we don’t want to lose Ron,” Ecclestone said.

Asked whether that meant Dennis was effectively out, he replied: “Apparently so, yes. I think he’s appealing so he may win the appeal”.

Sky News reported on Friday that Bahrain’s sovereign wealth fund Mumtalakat and Saudi-born businessman Mansour Ojjeh, who between them hold 75 percent of the shares, wanted to oust Dennis.

The report said an unidentified consortium of Chinese investors had made a $2.08 billion takeover bid for McLaren Technology Group that Dennis supported but the other shareholders opposed.

Sky cited sources as saying Dennis had failed to secure a High Court injunction against a move to sideline him until his contract expired in mid-January, and an emergency board meeting had been convened.

“There have been a few rumours around our team this weekend and especially the shareholders about McLaren Technology Group,” he said.

“We will not answer any questions about this or comment on these rumours. As far as we are concerned Ron Dennis is still the chairman and the group’s CEO today. That’s it.”

Other shareholders could not be contacted immediately.

Dennis, who has been involved with former champions McLaren since 1980 and is one of F1’s biggest names, stood down as team principal in 2009 but returned as group chief executive in January 2014.

McLaren changed their name in 2014 to McLaren Technology Group, incorporating the sportscar company and applied technologies as well as the F1 team.

Mumtalakat agreed that same year to sell some shares to Dennis but that did not proceed as planned. Ojjeh and Dennis each own 25 percent.

Dennis’ position has been in doubt since reports emerged last month he would be leaving as chairman and chief executive when his contract expired.

A McLaren spokesman said then that Dennis had stated “categorically” he was not stepping down.