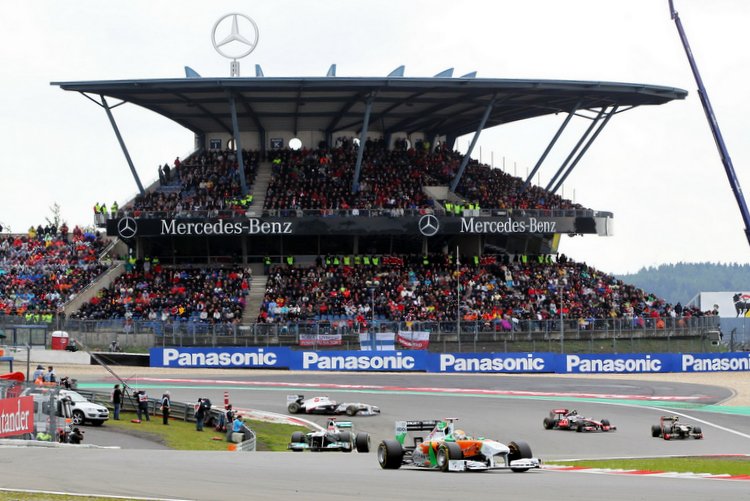 Mercedes will not save the German Grand Prix’s place in the 2017 calendar of races, team boss Toto Wolff told media in Brazil.

Despite the success of Nico Rosberg and his Mercedes team this season, the German and Brazilian Grands Prix were identified by Bernie Ecclestone as under threat.

“It’s not up to us to make the calendar,” said Wolff. “It’s Bernie’s call. We are not involved. I don’t know if it will disappear. It is important for us because it is home turf, but there is nothing more we can do.”

Briton Ecclestone, the long-serving commercial ring-master for Formula One, had earlier warned that the Brazilian and German events were in doubt.

After visiting Brazilian president Michel Terner on Wednesday, Ecclestone said he had not asked him for central government support for the race at Interlagos.

“I just wanted to meet him and see how he felt about things in general,” he said.

“I’ve no idea what he can do as the president. This country is very political at the moment and he has just stepped in.

“They spent a lot of money to have the Olympics and the World Cup (in Rio). But here, it hurts a little bit – the promoter is trying to run this race and make a profit or at least not lose. In the end, the people who lose are us if they can’t pay us.”

Ecclestone said it was incredible that the German race was under threat.

“We’ve had all the German world champions, they (Mercedes) have won the constructors’ championship and will win the drivers’ championship for sure – and there’s no interest in Germany.

“It’s commercial. We tried to keep them alive, but they’ve run out of tablets.”