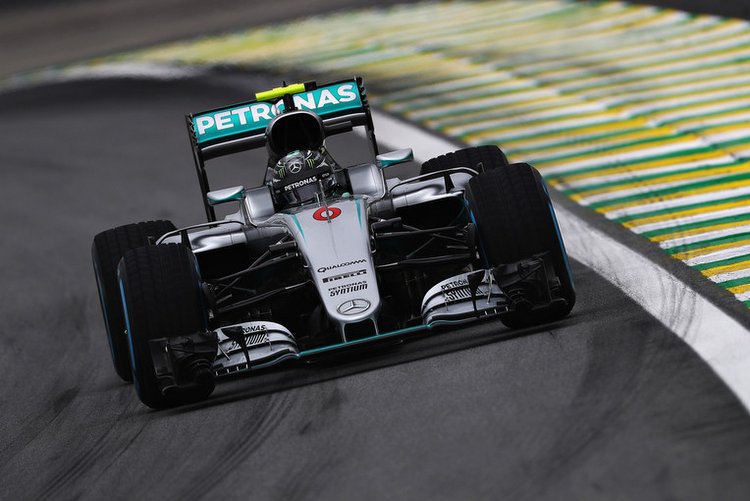 Nico Rosberg topped the timing screens at the end of the third and final free practice session of the Brazilian Grand Prix weekend, bettering his Mercedes teammate and title rival Lewis Hamilton as  Ferrari showed their hand for the first time in the past two days.

Interlagos was damp at the start, but rapidly dried with Rosberg ending the hour session with a best time of 1:11.740, enjoying a small advantage, 0.093 of a second, over Hamilton. It was the best lap time of the three practice sessions.

Ferrari duo of Sebastian Vettel and Kimi Raikkonen were next best, in second and third respectively. Vettel’s best within two tenths of the top time.

Not far off the pace of the Reds was Max Verstappen in fifth, ahead of Red Bull teammate Daniel Ricciardo in sixth. The top six separated by half a second, setting the stage for what should be an exciting qualifying session and an intriguing race.

Valtteri Bottas was seventh fastest, with local hero and teammate Felipe Massa ninth. The Williams pair split by an inspired Jolyon Palmer in the Renault.

It was bad news for Sauber and Marcuis Ericsson who completed only one timed lap before pitting and the team deciding an engine change was required.