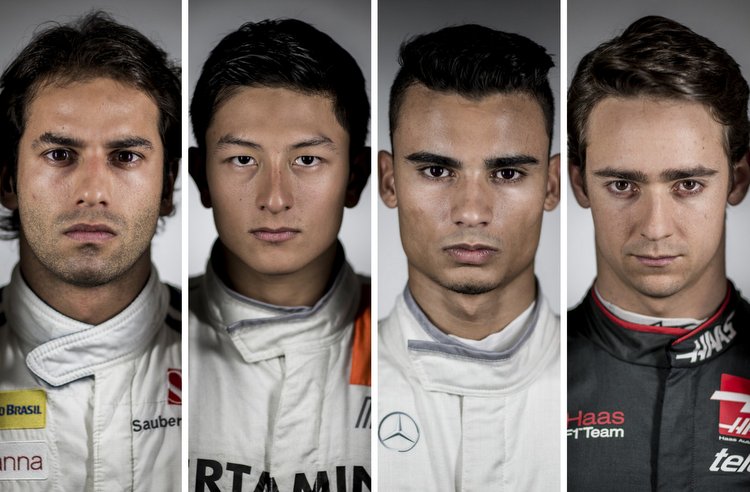 Five into two won’t go at Manor, as the Mercedes powered team have a couple of seats that drivers are very eager to secure for 2017 and it appears that there are five drivers who have a chance to make it onto the grid with the team next year.

Pascal Wehrlein, Felipe Nasr, Rio Haryanto, Esteban Gutierrez and Jordan King are said to be under consideration by Manor management.

Why Force India opted for Esteban Ocon instead of Wehrlein is one of the intriguing mysteries of the Silly Season. They surely have their reasons, but whatever the case Manor is Wehrlein’s only hope of staying in Formula 1.

His deal will be negotiated by Mercedes chief Toto Wolff, but as yet there is no word on the young German’s future. The sensible thing would be for him to stay with Manor – this will create continuity for the team and Wehrlein has had an impressive rookie season.

Sensible and F1 seldom go hand in hand, these must be nervous days for the former DTM champion…

Months ago word was out that Felipe Nasr would not be at Sauber in 2017. The Brazilian was pretty vocal about the team’s mishaps and failings during a time when they teetered on folding. But since salvation came along in the form of investors he changed his tune.

But it might all be too much too late for Nasr who has now knocked on the Manor door with a bag of cash and looking for a ride.

Question is does Nasr have more money in that bag than the cash in Esteban Gutierrez’s satchel. The Mexican was given the ‘thank you, but no thank you’ from Haas and is now looking for an alternative way onto the grid.

For sure he has visited Hinwill to see if he has a place at his former haunt, and will be covering his odds of staying in Formula 1 by showing Manor what he can bring to the table.

Rio Haryanto arrived with a relatively big bag of money at the start of the season, making his debut for the team and, to be honest, was not too shabby when compared to the highly rated Wehrlein.

But alas for him the cash dried up rather quickly (as it tends to do in Formula 1) and by the Belgian Grand Prix he was demoted to reserve driver as Ocon took his place.

Nevertheless Haryanto and his minders have since then worked relentlessly to secure more funding to resume his interrupted F1 career. Although nothing is forthcoming as yet, there must be some light at the end of the tunnel for Manor still to keep him on the list of possibles.

Last and perhaps least is Jordan King who was appointed Manor development driver for 2016 and did FP1 duty for the team at the United States Grand Prix.

The son of former Sainsbury’s CEO Justin King would have to pay a substantial wad to secure the race driver seat for 2017, but many doubt that the budget is available for such a project – but from where we sit he is an outsider with a chance.

Whatever the case Manor have luxury of choice and at least one, if not two, seats going to the highest bidder. They are in a position of strength and should not be expected to make a decision any time soon.

This one could go on until next year as was the case 12 months ago when they decided their line-up less than a week before the first F1 pre-season testing. Watch this space…