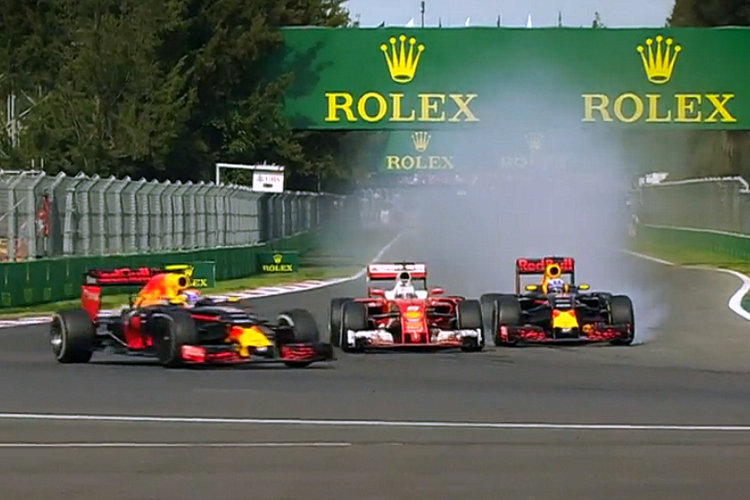 Formula One stewards rejected Ferrari’s request for a review of Sebastian Vettel’s Mexican Grand Prix penalty on Friday, arguing that the Italian team had not presented any new evidence to warrant such a move.

The governing FIA published their decision in a statement at the Brazilian Grand Prix after a teleconference involving the stewards from the Oct. 30 race in Mexico City and representatives of Red Bull and Ferrari.

“Having received all the written and verbal submissions and carefully considered them, the Stewards decide there is no new element,” it concluded.

Four-time world champion Vettel went from fourth on the track to third and then back down to fifth after stewards applied post-race time penalties to Red Bull’s Max Verstappen and then himself.

The German was demoted for making a dangerous move while braking as Red Bull’s Australian Daniel Ricciardo attempted to overtake.

The penalty was the first for the offence since drivers were given a written warning at the previous race in Texas about such ‘defensive manoeuvres’.

Ferrari had said on Thursday that it considered “a number of new elements” had emerged to make the race day decision reviewable.

The team, third in the championship with Red Bull second, said they felt it was important to have clarity when a precedent was being established.

Ferrari argued that race director Charlie Whiting had the ‘power’ to instruct Verstappen to relinquish a place to Vettel after he went off track to his advantage on the lap before the incident between the German and Ricciardo.

The team also presented GPS data as another new element, however the stewards found that Whiting was not obliged to act, and the fact he did not was not relevant, while the GPS data had been available to teams during the race as well as stewards.

The FIA said Ferrari’s Jock Clear had also conceded under questioning that the data had not contradicted telemetry and other evidence used by Stewards to reach their earlier conclusion.