Vettel: I do not have any issues with Verstappen 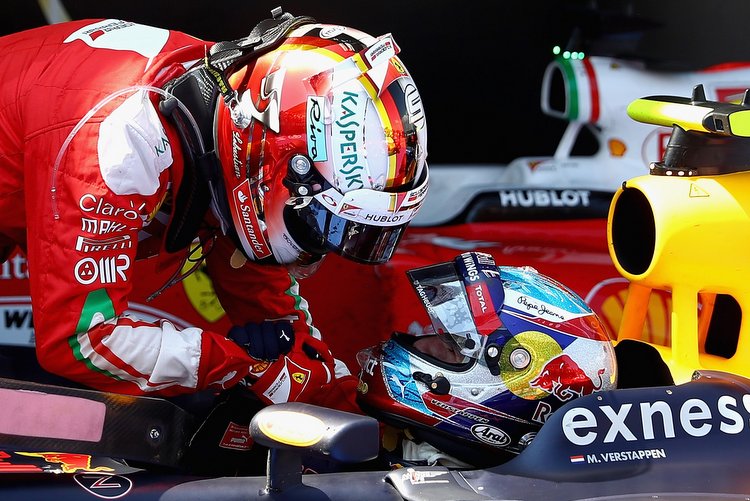 Max Verstappen has become something of a nemesis for Ferrari, first by going wheel-to-wheel with Kimi Raikkonen and of late rubbing rubber with Sebastian Vettel, but it appears a phone call after the contentious Mexican GFrand Prix has diffused the increasingly aggressive atmosphere between the camps.

Vettel told the official F1 site that he phoned Verstappen to discuss the situation, “I have been talking to him afterwards. It is clear that in such a situation there are always two sides to the matter, but I would say that we’ve been able to overcome any friction so I do not have any issues with him.”

As for Verstappen’s driving style, the four times world champion said, “We must never forget that he is doing a fantastic job given his age. So it should be normal that he still has got a lot to learn – that this is not a crowbar competition but racing.”

As for the race in Mexico where Vettel third place on the podium, but a few hours later was penalised by the FIA race stewards, for a defensive move against Daniel Ricciardo in the late stages of the race, and was demoted to fifth.

Ferrari have asked the FIA to re-look at the incident as “new evidence” appears to have emerged.

But Vettel insisted, “It is digested, as we are now here in Brazil and preparing for this race weekend. But yes, the penalty was pretty painful, as we lost P3.”

Ferrari are heading for a win-less season with only two races remaining in the 2016 Formula 1 World Championship.