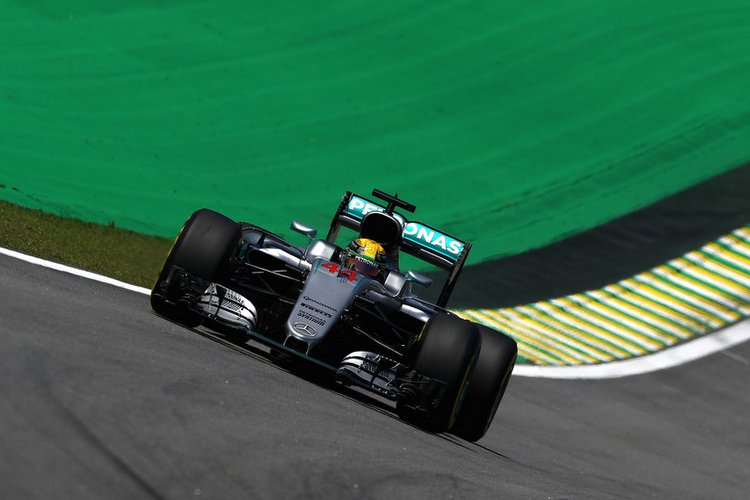 Lewis Hamilton ended the second free practice session top of the timing screens and untouchable on the opening day of the Brazilian Grand Prix weekend, but his Mercedes teammate and title rival Nico Rosberg was not far off his pace.

Hamilton’s best lap of 1:12.271 was over a quarter second slower than his FP1 time and only three hundredths of a second up on Rosberg’s best effort. Earlier, in the morning session, Rosberg was a quarter of a second adrift of the world champion’s best lap time.

Next up were the Williams pair of Valtteri Bottas and Felipe Massa in third an fourth respectively, making it four Mercedes powered cars hogging the top four spots on the timing screens.

Max Verstappen ran Hamilton close in FP1 and split the Mercedes duo at the end of the morning session, but int he afternoon he was only good for sixth, with teammate Daniel Ricciardo fourth fastest.The Red Bull pair over half a second off the pace setters.

Up next were the Ferrari boys with Sebastian Vettel seventh quickest and Kimi Raikkonen eighth. The Reds about seven tenths down on the Silver Arrows.

Nico Hulkenberg was ninth for Force India, ahead of the McLarens of Jenson Button and Fernando Alonso.

The Spaniard coming to a halt out on track with a technical problem, and spent the remainder of the session watching practice from the track-side, and lo-and-behold a deck chair emerged for the double world champion to relax while the session went on, exactly like last year! 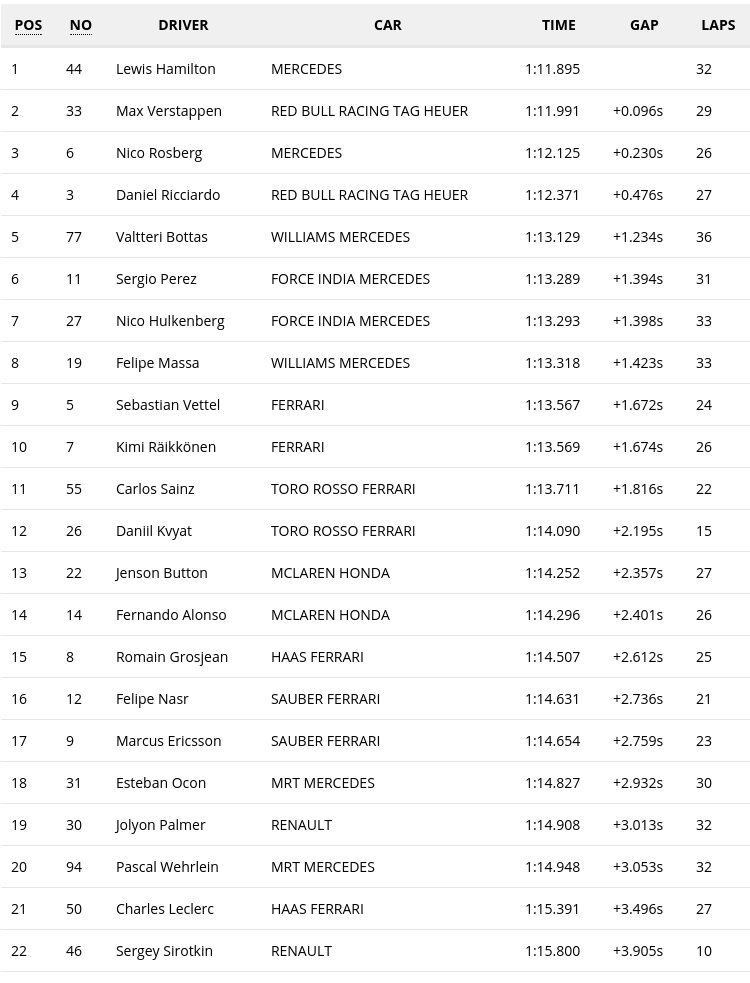