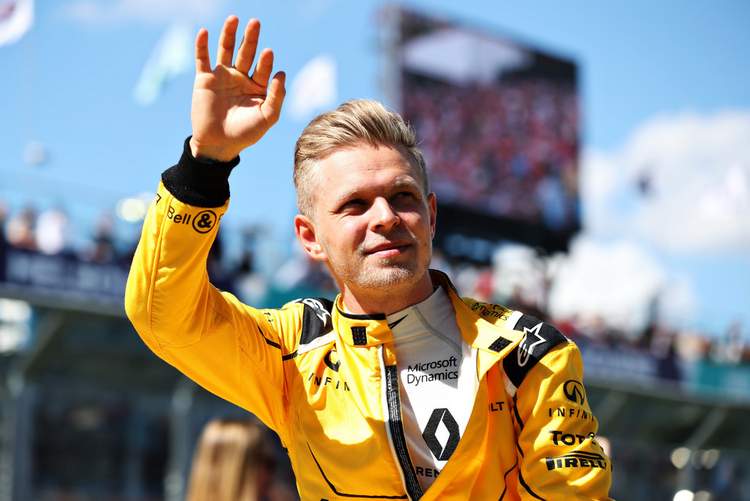 Denmark’s Kevin Magnussen will race for Haas next season in place of Mexican Esteban Gutierrez, the American-owned Formula One team announced on Friday.

“From the time we began looking at drivers, Kevin Magnussen was always on our short list,” said team founder and chairman Gene Haas in a statement issued after Brazilian Grand Prix practice.

“He’s accomplished a lot in a very short period of time, and we feel like he can accomplish a lot with us. Our second season will bring a new set of challenges, and we feel that pairing Kevin with Romain will help us develop our new car and continue our growth.”

The announcement was expected, with Gutierrez posting a statement on facebook overnight to tell his fans that he was moving on.

The Mexican, who has failed to score this year and finished in the points in only one race in nearly three years of competing, has an uncertain future with only his former team Sauber and Manor yet to confirm their lineups.

Magnussen had told reporters at Interlagos on Thursday that it had been his decision to leave Renault.

“I had an offer, but not a good enough offer that I could take it,” he said. “If they had committed to a longer contract I would probably have looked at that much better, much more seriously.”

A source close to the deal told Reuters earlier in the week that Magnussen had agreed a multi-year contract with Haas, the first American-owned team in Formula One for 30 years.

Grosjean joined Ferrari-powered Haas at the end of last season from Lotus, the team that is now Renault. He has scored 29 points this year, lifting the team to eighth place in the championship.

“A little more than a year ago I made my decision to join Haas F1 Team and it was absolutely the right decision,” said the Frenchman.

Haas F1 Team, the first American Formula One team in 30 years, has signed Kevin Magnussen to drive alongside veteran pilot Romain Grosjean beginning with the 2017 FIA Formula One World Championship.

Magnussen, the 24-year-old from Roskilde, Denmark, comes to Haas F1 Team with two years of Formula One experience – one with McLaren in 2014 and one with Renault in 2016. Magnussen finished an impressive second in his Formula One debut at the 2014 Australian Grand Prix. He has scored 62 points in 38 grand prix starts leading into Sunday’s Brazilian Grand Prix at the Autódromo José Carlos Pace.

“From the time we began looking at drivers, Kevin Magnussen was always on our short list,” said Gene Haas, founder and chairman, Haas F1 Team. “He’s accomplished a lot in a very short period of time, and we feel like he can accomplish a lot with us. Our second season will bring a new set of challenges, and we feel that pairing Kevin with Romain will help us develop our new car and continue our growth.

“I want to thank Esteban Gutiérrez for all of his efforts. He’s been an instrumental part of our first year in Formula One and we’re looking forward to finishing the season strong with him and Romain.”

“This is a fantastic opportunity and I’m very happy to be a part of Haas F1 Team,” Magnussen said. “Obviously, I’m confident in my abilities as a Formula One driver, but I’m also very confident of what Haas F1 Team can do in its second season and every season thereafter. Gene Haas has come into Formula One with a strong vision and a different way of doing things. He’s making it work and work well. I’ve had a good vantage point all season long, and I’m looking forward to getting behind the wheel of next year’s Haas VF-17.”

Grosjean joined Haas F1 Team in 2016 after spending five Formula One seasons with Lotus F1 Team. The 30-year-old has competed in 101 Formula One races and earned 10 podium finishes and a total of 316 points. He has scored all 29 points for Haas F1 Team to position the outfit eighth in the constructor standings with two races remaining in its debut season.

“A little more than a year ago I made my decision to join Haas F1 Team and it was absolutely the right decision,” Grosjean said. “I’m very proud to be a part of the team’s development and am very happy we can continue to grow and achieve more success in the years ahead.”

“We wanted an experienced driver capable of developing our car and our race team into one that can score points and better itself each race and each season. Romain has done a very good job of that and he’s played a large role in bringing respect and legitimacy to Haas F1 Team,” Haas said. “We have a new set of challenges next year with a new car and a new set of regulations, and his veteran leadership will again prove valuable.”

“As a brand new team with a new car and new personnel, it was incredibly important to have detailed, authoritative feedback of our racecar and our methods so that we could improve. Romain brought a lot of experience to our team and has been instrumental in getting us to where we are today,” added Guenther Steiner, team principal, Haas F1 Team.

“Credit also goes to Esteban Gutiérrez for all of his work. His time with Ferrari was very beneficial as it helped get us acquainted with its methodologies and make the most of our partnership with them. He and Romain pushed each other on the track and together they’re responsible for the success we’ve had in our first season.”