Vettel: I’m here to drive the car but also here to help 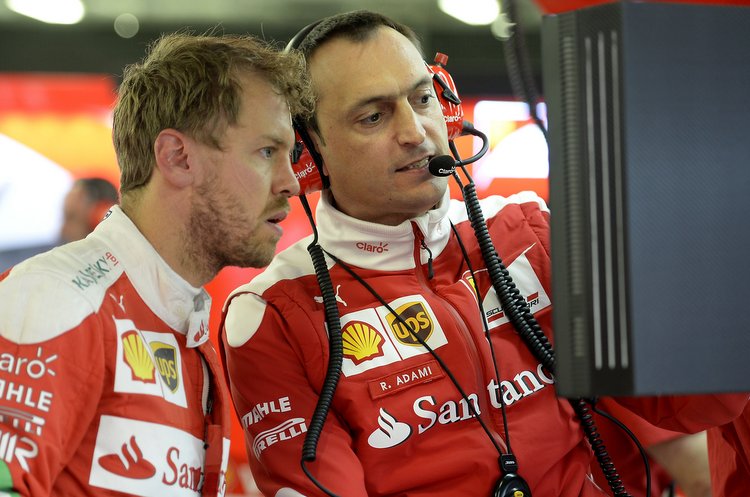 Much has been written about the tensions within Ferrari of late, with team chief Maurizio Arrivabene last month telling Sebastian Vettel, through the media, to focus on driving the car and leave him to manage the team.

But Vettel appears intent on having a hand on behind-the-scenes matters at Maranello, while defending Arrivabene who he says has a great deal on his plate.

When asked to compare his tenure at Red Bull to his days at Ferrari now, Vettel said, “It’s very different. When I joined Red Bull, I was 21 years old. I have a bit more experience now, so it’s a completely different situation.”

“When you grow up, you build a certain experience and you’re able to see the bigger picture. It changes also your mind and your perspective of things – if I can see I can help somewhere. In the end I’m here to drive the car but also here to help,” explained the quadruple F1 world champion.

Ferrari have yet to win a race so far this seasn and team chief Arrivabene has been lumped with most of the criticism, not least from Bernie Ecclestone who said recently the team needs less “Italian style” management.

But Vettel disagrees, “The way I see it, [Arrivabene] has a lot of responsibilities and he is pushing very hard and working a lot, so you can’t take that away from him. But there are a lot of other people in the team so he is not all by himself.”

“Everybody is trying to help as much as he or she can. Co-ordinating 1300 people is not very easy, but the people we have in charge – in particular Maurizio – are doing a very good job. Things are coming along and look promising for the future.”

“Once you put something strong in place… and I’ve been part of that process before with Red Bull where it takes time. The day they started to be taken seriously was back in 2005, the day they won races was 2009, so it took some time for them.”

“It also took time for Mercedes, it always takes time if you try to raise the bar again and to come back to the front, because it does take time for people to really work hand in hand and for things to come together. Once they do then it usually clicks, it works, and that’s when results come together as well,” added Vettel.