Brawn: Bernie is not immortal 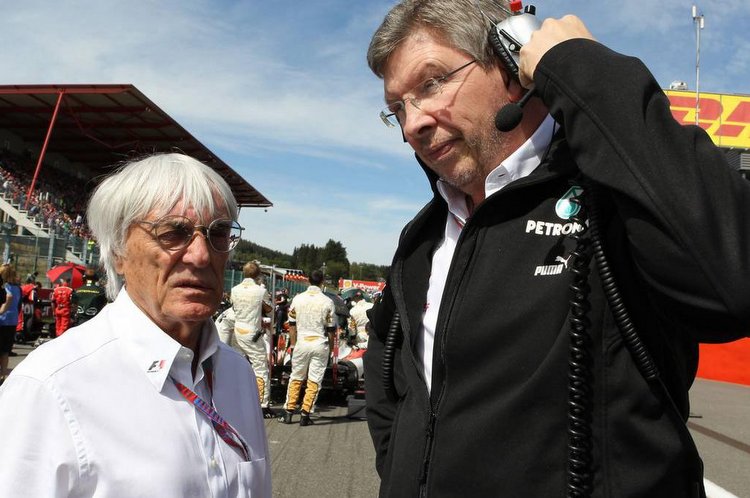 After four years of ‘fishing’ and staying well out of the limelight, suddenly Ross Brawn is hogging the headlines as he clearly targets a return to Formula 1 in a senior management position which could well see him working with Bernie Ecclestone.

Speaking to Sky’ Natalie Pinkham, Brawn said, “The one thing that Bernie is not is immortal, none of us are, and at some point he has to put his pen down. He’s a very special person, he’s created most of what we are dealing with today, and there will never be a replacement for Bernie. Actually working for Bernie may be a fun and interesting thing to do.”

Brawn has made no secret of the fact that he is “doing a little consulting to help Liberty Media” and thus prompting speculation that the sport’s soon to be owners will place him at the helm of their acquisition, along with the likes of Chase Carey and motorsport marketing hotshot Zak Brown.

Brawn admitted, “I would be interested in such a role but there are so many things that need to be resolved first.”

The hurdle that Brawn is hinting at is no doubt the removal or marginalising of self styled F1 supremo Ecclestone who has dictated over the sport for decades and, despite his advanced years, is hanging in tenaciously to the reins of the sport that has made him a billionaire.

Brawn return to the F1 is obviously through the Liberty Media ticket and evidently without Ecclestone’s nod as it appears that the pair had their differences in their days together in the paddock.

“I haven’t spoken to Bernie since I left the sport,” revealed Brawn. “We had an understanding, if you like. I probably rankled him on occasion because I stuck to my views and not everyone did. So I think there were times I irritated him. But I always respected what Bernie’s achieved.”

Of Brawn’s possible return to the sport in a management capacity of sorts, Ecclestone is hardly enthused and said recently, “This is total nonsense. Ross cannot do anything for us right now. We don’t need an engineer or someone with his kind of skills.”