Nasr: I am confident to be in F1 next year 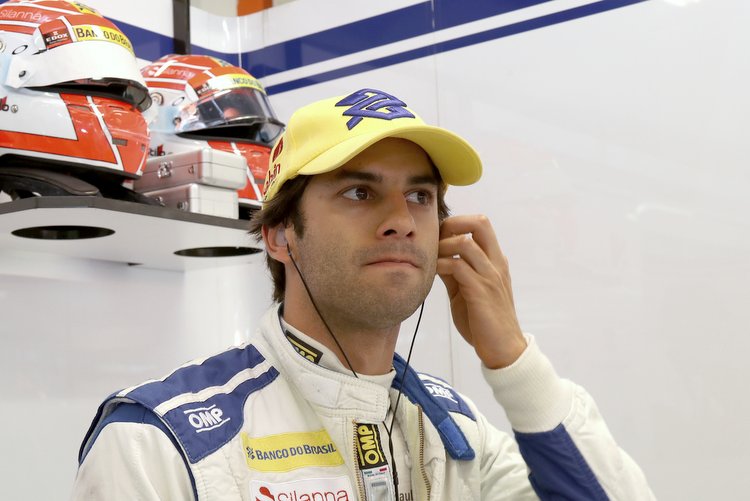 Brazilian driver Felipe Nasr hopes his home Formula 1 race next weekend will finally give Swiss-based Sauber something to cheer about.

It has been more than a year, and a run of 22 races, since the 24-year-old Brasilia-born driver secured struggling Sauber’s last points with ninth place at the 2015 United States Grand Prix.

With financial difficulties leading to a lack of pre-season testing and car development, 2016 has been one big blank for Nasr and Swedish team mate Marcus Ericsson.

Sauber, who have been in Formula 1 since 1993, have been last in the constructors’ standings since Germany’s Pascal Wehrlein finished 10th in Austria in July but Interlagos could change that.

“In terms of getting a point, in Sao Paulo as we know there is always a question mark on the weather, it can be anything – sunny or rainy on the same day,” Nasr told Reuters in a telephone interview from Miami.

“And this could play into our hands, in terms of having tricky conditions out there or if the track is wet or dry enough.

“I would expect something like this that would help us score points because in normal conditions, on pure performance, we don’t have the car to achieve a top 10 finish.

“We need this combination and lets count on home soil too to bring us luck. It’s better to be positive than not,” he added.

Next week will be Nasr’s second home race, after a promising debut season in 2015, and this time he heads for Brazil with time pressing literally and figuratively.

Busy promoting a limited edition Felipe Nasr watch, made by Miami-based apparel and design brand Felio Siby and with an eye-popping price tag of $135,000 (108,330 pounds) he is also assessing his options and waiting for a deal to come together.

Commercial supremo Bernie Ecclestone is keen on ensuring he stays but where remains to be seen, with speculation linking him to vacant seats at Force India and Renault — for whom Brazil is an important market — as well as Sauber.

“There is nothing 100 percent yet but I am pretty confident we are going to be there (in Formula One) next year,” said Nasr.

His watch sponsor, founded by Gabon-born Dominique Siby, is also Force India’s official lifestyle partner but the driver ruled out any significance of that deal in relation to his future.

“Everybody wants to know where (I’ll be). Even me, I don’t know where yet. But hopefully soon we are going to know,” he added.

Sauber will have 2016 specification Ferrari engines next year, which will put them at a power disadvantage but save money, and Nasr supported that step because more could be spent on improving the chassis.

“There are better possibilities for results in other places, but Sauber — knowing the team and I’ve been there for two years now so you build a relationship — it’s much easier to know how to work with them,” he said.

On the downside, it would take time to get back up to speed.

“As a driver you’re always thinking about how can I get the best results for myself. There’s many other things that come together, being at the right place at the right time, so we are working on it,” he said.

“In that first year I was able to show what I came for. This year since has been a little bit more difficult … I saw the two sides of the coin, put it that way.”