Arrivabene: Sebastian needs to focus on the car 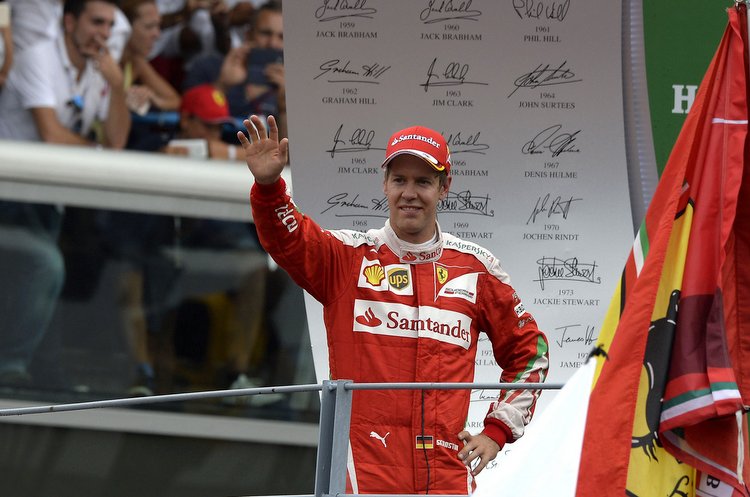 Ferrari team chief Maurizio Arrivabene has told Sebastian Vettel to focus on driving the car and disengage from any other elements that are distracting the four times Formula 1 world champion.

Arrivabene told Sky Sport, “Sebastian needs to focus on the car. He is a person who gives so muc, and sometimes this means he is interested in a bit of everything. Sometimes you have to re-focus him, remind him to be focused on the main job.”

Vettel came under unprecedented fire from Italian media for his performance in Malaysia where he crashed out on the opening lap and was served with a three place grid penalty, which he will serve in Japan, for causing the incident.

Arrivabene added, “Sebastian now has a contract with us. We work together this year and again next year. Then during the next season, we’ll see.”

“Each of us has goals, I have them, the team has them, Sebastian has them, we all have them. So it is only right that anyone, no matter who it is, earns their place and their salary.”

Vettel’s contract, the most lucrative for a driver in the history of Ferrari, runs until the end of 2017. Amid suggestions that the Maranello team should extend it now to motivate the German, Arrivabene said, “I do not think that we can conquer people with renewals.”

Comparisons with the team’s greatest driver, Michael Schumacher, and Vettel are inevitable, but the Maranello team chief said, “Today a lot of things are changed, what had worked with Michael might not necessarily work with Sebastian.”

Vettel has yet to win a race so far this season and has appeared out of sorts at several races this year. Last year, in his maiden season with Ferrari, Vettel won three grands prix.