Paddy Lowe: The word is bollocks 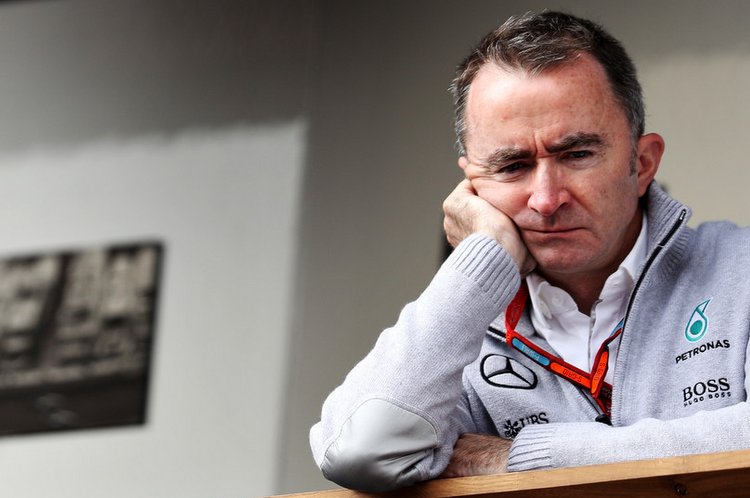 In the aftermath of Lewis Hamilton’s heated and provocative remarks immediately after he retired from the Malaysian Grand Prix, as his engine caught fire while leading the race comfortably, Mercedes Technical Executive Director Paddy Lowe looked back on a race that promised so much but ended in disappointment and frustration for his team.

Lowe said in his post race report, “The word is bollocks, really. This is one of the more difficult races of the year and we approached the weekend knowing it would be tough to get a top result. And so it transpired.

“The pace of our car was incredibly strong, with both Lewis and Nico showing impressive speed and tyre management. Lewis was well on track to secure the win when he had a terminal failure of his engine. We’re all absolutely devastated for him.”

“As a team we’ve worked incredibly hard to improve reliability over the past few years and have succeeded in doing so. Indeed, this was our first race failure of the year. However, one thing we had made a priority was to ensure an equal competition between the drivers in the final phase of the season, with no distortion of the battle through technical problems.”

“Unfortunately, we have failed in that objective today in brutal fashion. Lewis came into the race on top form after his strongest weekend of the year so far. Not just in terms of his qualifying and race performance, but also in terms of the homework he’d put in with the team throughout Friday and during Saturday morning.”

“It feels incredibly unjust that he should suffer this failure at such a moment. While we’re deeply disappointed for Lewis, we take our hats off to Nico after a fantastic comeback drive, showing not only strong pace and tyre management but also great race craft,” concluded Lowe.