Alonso can see Sainz at McLaren in the future 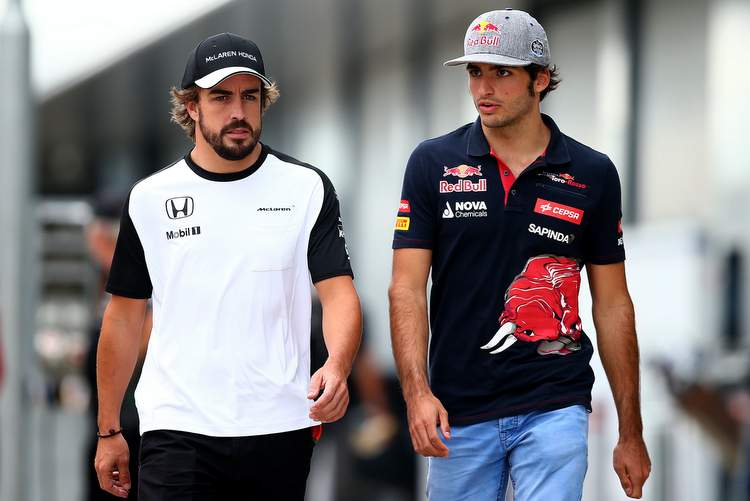 Fernando Alonso has suggested that McLaren would be a good place for Carlos Sainz to move to when he is ready to win the Formula 1 world championship.

When asked by AS if this was a possibility, Alonso responded, “Carlos to McLaren? Hopefully, it would be a good place for him. I think McLaren-Honda will end up winning, because the way it is going they are assured success for the next 10 years.”

“At my age I do not know if I will benefit from what is being laid out for the future, but Carlos yes, perfect. If he comes to McLaren then it could be the team which he can win with. I hope he gets the car he deserves,” added Alonso.

Sainz is reportedly in demand by Renault and some believe he is heading to the French team for next season, but officially – for now – the young Spaniard is staying put at Toro Rosso.

“My future is in the hands of Helmut Marko, but I hope to be fighting for the F1 title after the 2018 season,” said Sainz.