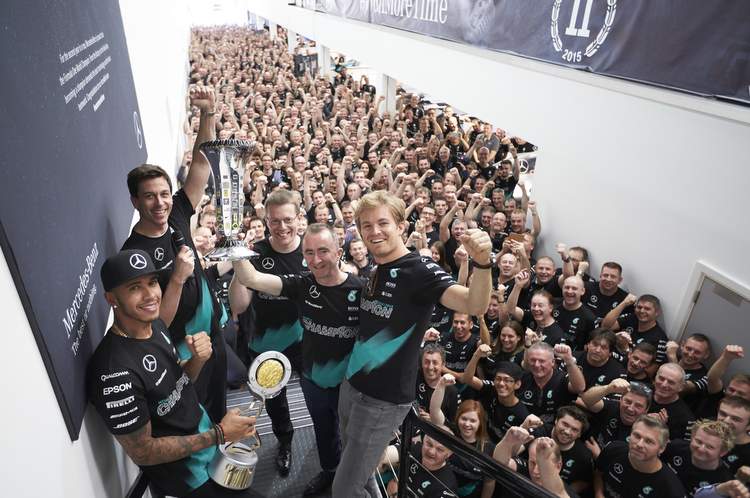 Although their drivers look set to slug it out for the 2016 Formula 1 world championship title until the final race, Mercedes could wrap up their third consecutive world title at the forthcoming Malaysian Grand Prix.

The Silver Arrows lead the constructors’ standings by 222 points, they need only finish within seven points of, best of the rest, Red Bull and within 22 points of Ferrari (in third) to secure the 2016 title with five races in hand.

Thus a victory in Sepang and any other points-scoring position would secure the title for Mercedes.

The German team has won every race this season except for the Spanish Grand Prix when Nico Rosberg and Lewis Hamilton collided on the opening lap.